What Happens When Goliath Hides 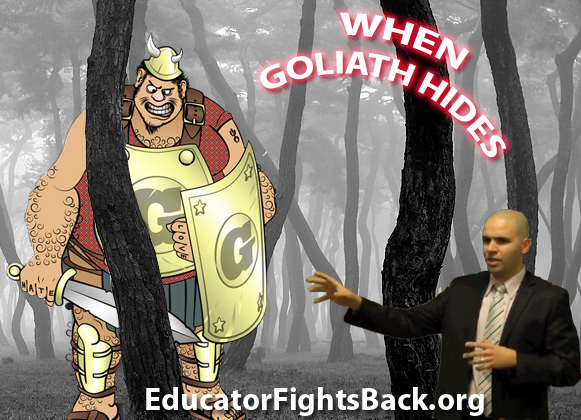 A sitting duck. That’s what I felt like when this story first started to unfold.

Actually looking back now I think it was a David versus Goliath situation except I had no sling and no stones. In fact, I think I was blindfolded so I really was a super underdog. Goliath took aim at me, my family and my career. I was lucky enough to get a sense that his swing was coming and I dodged it. I then took off the blindfold and used that as my sling (created www.protectportelos.org). I kicked up some sand in Goliath’s eye and it slowed him down. It didn’t stop him though, but he started to realize this wasn’t going to be as easy.

Fast forward over two years later and Goliath is now hiding. My sling is my smartphone and my website…Twitter and Facebook..the texts and calls from other “Davids.”

Tomorrow is the supposedly the last day of of my 3020-a termination hearing. 21 days. 21 days and over 3300 pages of transcripts. Just the transcripts and court reporting alone has cost the taxpayers over $11,000.

To all the other “Davids” out there….you are not alone. Join DTOE by emailing a blank message to dtoe+subscribe@googlegroups.com. Also join MORE, the Movement of Rank-and-file Educators. www.morecaucusnyc.org

We are also in the process of scheduling our second Don’t Tread on Educators event for March. More information on the way. 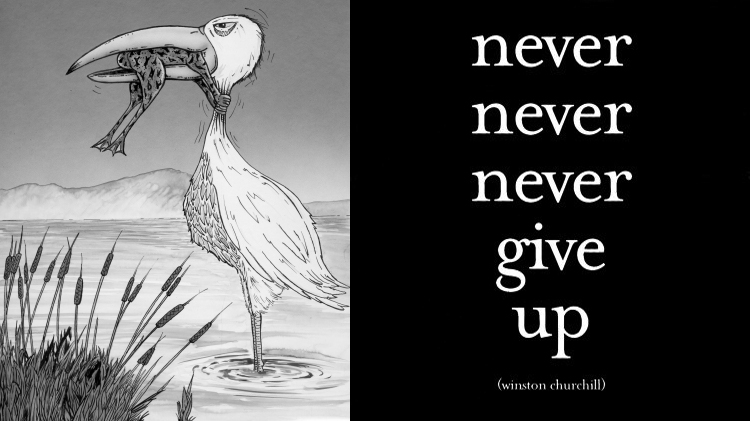 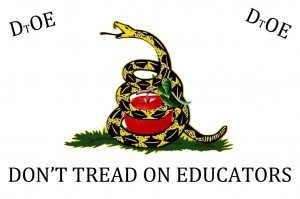 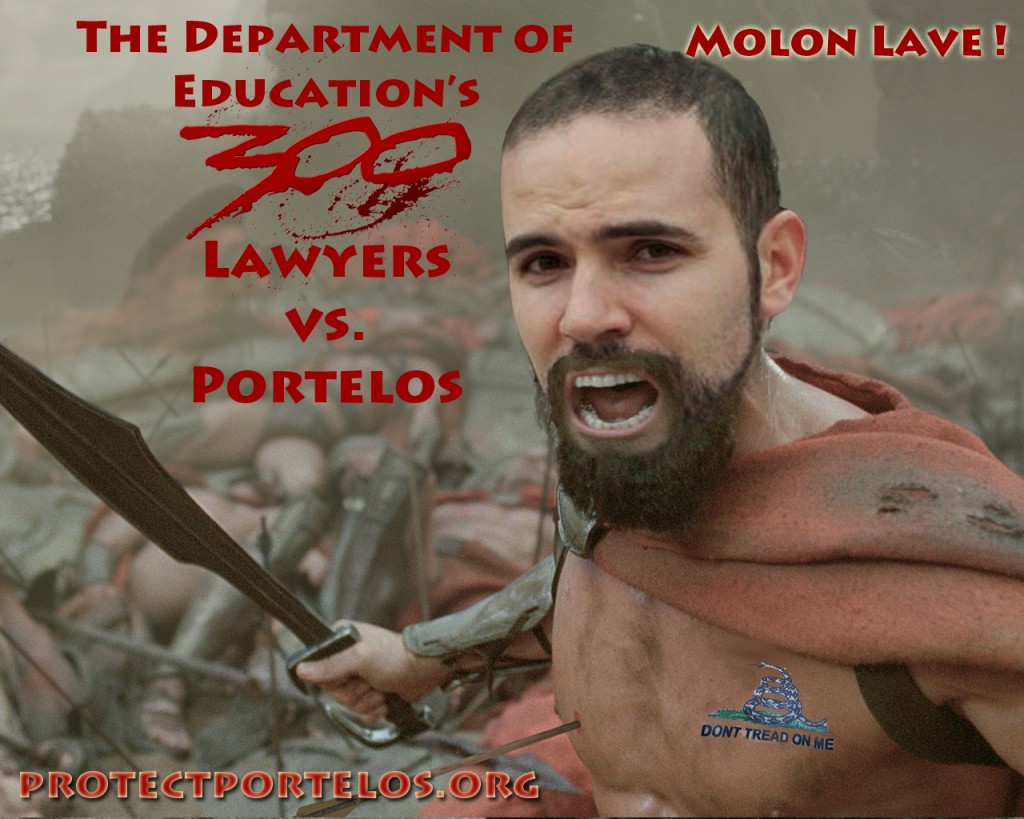