FOIL FRIDAY- How the Goliaths at Tweed Hide 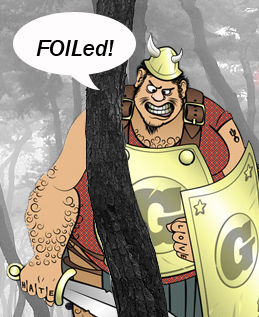 Earlier this year I posted an article called “When Goliath Hides.” It was my analysisof how the table has turned and those who easily went after Davids like me were now hiding. Hiding data and information. Hiding their own malfeasance.

Sometime in the Spring I wrote about receiving a peculiar package in my mailbox at home. The contents of that package are below title Edu Snowden. It seems some sort of rogue informant from the DOE’s Office of Special Investigations decided to share some inside information. I’ve been asked by investigators and lawyers who it was and I simply responded “I don’t know.” I actually have no idea. Doesn’t mean I wouldn’t welcome more information and from informants of other offices that read my blog and are disgusted with their employer.

In that package one small paragraph shared the following directive from former Director Candace McLaren:

“Very clever” I thought. What a punch in the face for transparency and open government. They were right. I usually FOIL emails with the word “Portelos” and those with “FP” willnot come up.

Unless of course they would slip up and write “Portelos” later on in a forwarded email. Which, by the way, they did. No one ever said they were thesharpest tools in theshed.

Actually, as part of our Federal lawsuit discovery process, we asked for emails to and from the former Executive Director of Employee Relations Andrew Gordon’s emails with the name “Portelos.” The attorney defending NYC, Jessica Giambrone, Esq. told us and the court something like “I searched 14,000 emails from Mr. Gordon and found nothing.” Yeah…OK, First of all no one sits there and reads word for word. You enter theword “Portelos” in a search and it does it for you. Secondly, that couldn’t be true. We pushed and pushed for a search and responses to our requests. Finally, after a year, the day before we deposed Mr. Andrew Gordon, we received 789 pages of emails with the word….”Portelos.” I repeat 789 pages from the Executive Director of Employee relations who was the HR director of over136,000 employees. Oh and by theway, he left to go work for NYU in January 2013, so those emails were from 2012 only. Nice try.

More recently we asked for emails from his successor, Katherine Rodi. Again we were told there were none. “Search again” the court ordered and all of a sudden, like magic, 712 pages appeared on CD. Goliath…hiding…again.

Look below to see how bad these Goliath lawyers and directors at the NYC DOE wanted to be secretive with their discussion about that trouble maker “Frankie the FOILer.” 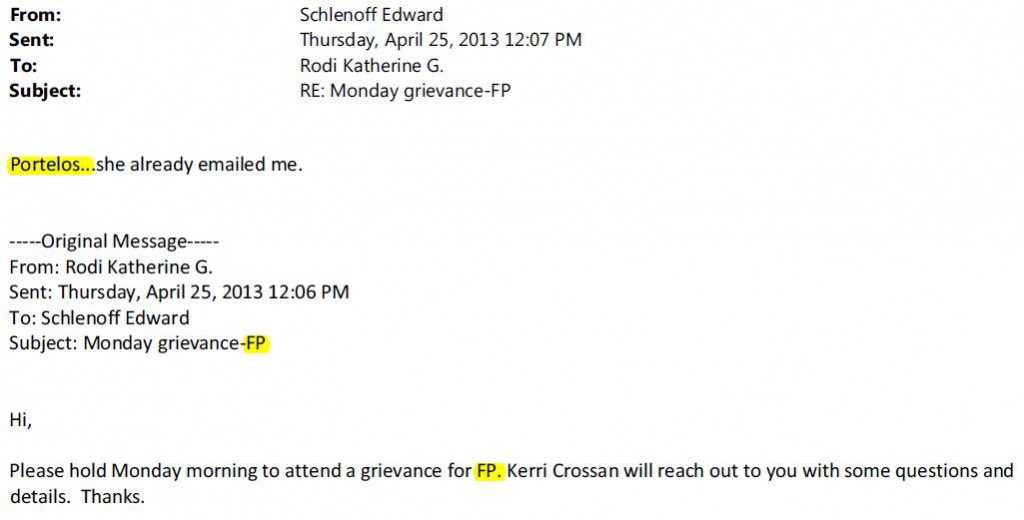 Edward Schlenoff is the Director of Office of Personnel Investigations

Michele Nacht is the Administrator of the Rubber Room. She assigns locations and we found on many occasions she does so to make life difficult. 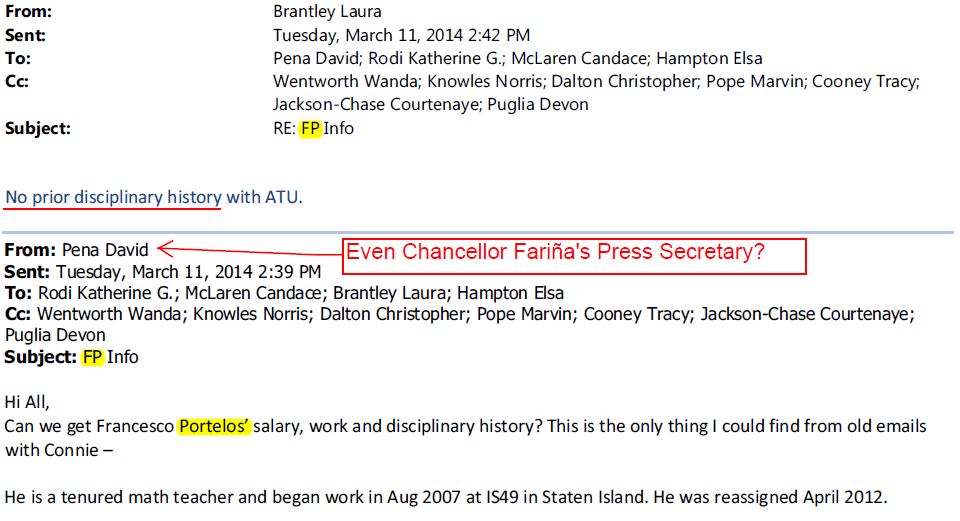 David Pena is the Press Secretary of the DOE 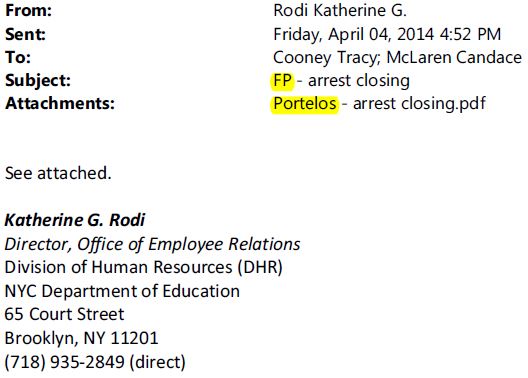 This FPis my favorite as OPI Director Edward Schlenoff actually went out of his way to change my name in my email and in my signature. 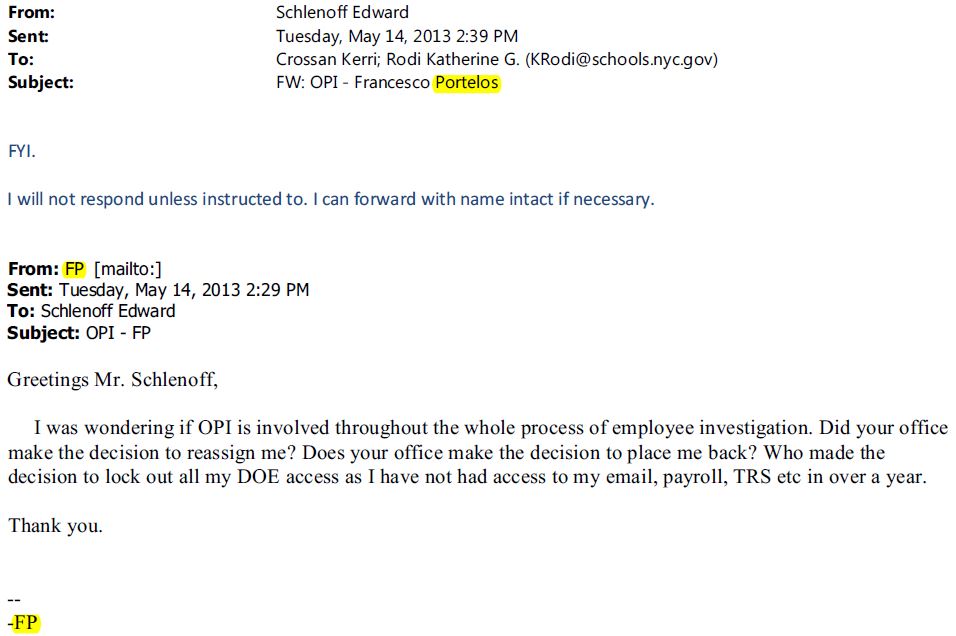 Edward Schlenoff converts all to FP

Here is the original:

This is a continued practice even under Chancellor Faria.