Allegations are made to the NYC Special Commissioner of Investigation (SCI), or to the DOE’s internal Office of Special Investigations (OSI), but are their findings final and set in stone?

We already know, through several cases, that SCI has actually reinvestigated and overturned OSI findings of misconduct. However, can someone challenge these investigation findings in court? We are about to find out as I recently filed one against OSI.

For those who do not know, you can file an Article 78 in Supreme Court.

Brief explanation of an article 78:

About a year ago I was interviewed by OSI about a evidence that was posted online that showed former DeWitt Clinton High School Principal Santiago Taveras illegally changed many students’ grades and attendance records in order to push them through graduation.

I was apparently found guilty of that, so I filed a suit to have a judge take a look.

Instead of going through my whole theory and sharing background, I will just share the entire Article 78 Verified Petition and Exhibits here: 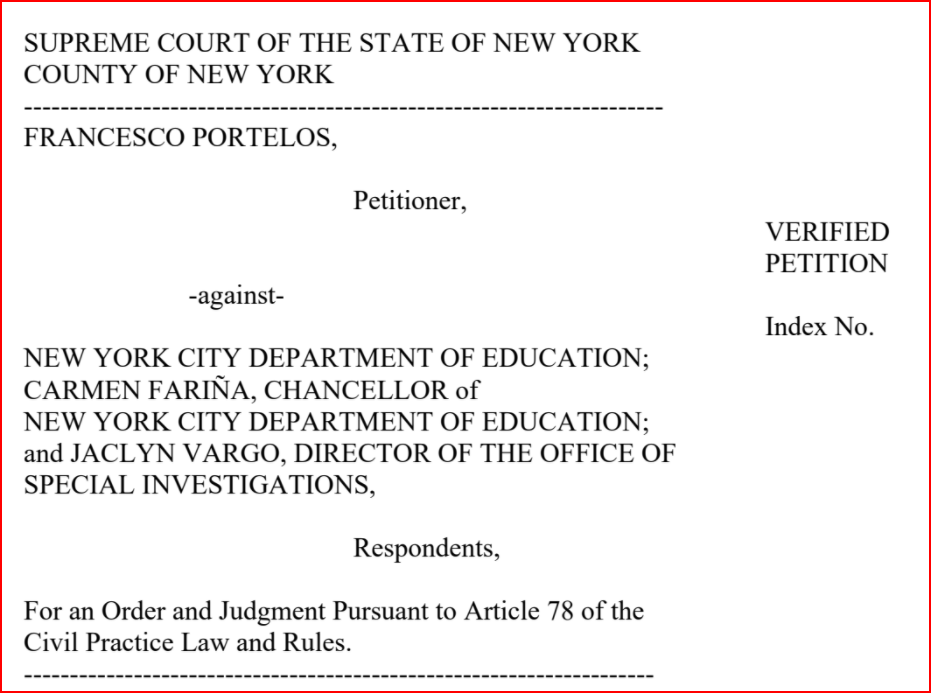 Attorney Liliya Perelman, Esq., who is defending the city here, asked for an extension to respond. I agreed and mentioned that I was willing to withdraw the suit if they reversed their findings. I have not heard back yet, so here I post how I am attempting to overturn inaccurate investigation findings.

Imagine if I am successful. Perhaps others can follow suit. Why stop at OSI and SCI investigations? Administrators allegedly find misconduct in countless school based investigations. What if members filed Article 78 suits for those as well?