…except I was never told about it. I was apparently ineligible, because I am a very, very bad person. I’m a bad teacher and a bad union activist. 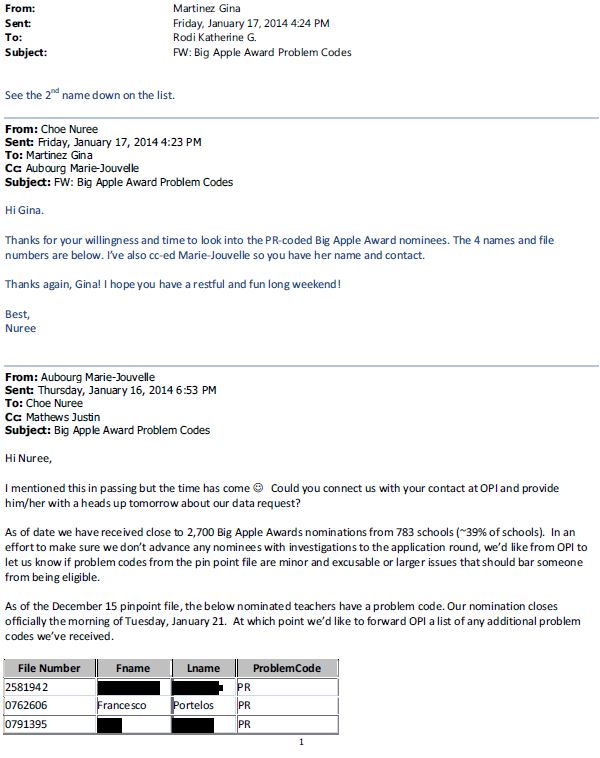 As you see from the above email from Deputy Director of OPI Gina Martinez, I was nominated, but was flagged with the infamous “Problem Code.”

Not only did I get elected UFT Chapter Leader while in the Rubber Room (Rubber-room teacher voted in as union rep | New York Post), and not only was I invited to graduation by the valedictorian and her family a year after being sent to the Rubber Room (Id Be Honored to Attend Your Graduation), but apparently I was nominated for the Big Apple Awards as well. Unfortunately, I was problem coded and ineligible because I was under 30+ bogus investigations.

I was found guilty of having real estate files on my school computers, except a year later the investigators admitted that they tampered with theevidence. (Commissioner Suddenly Finds Errors in their Investigation) Yes, THE INVESTIGATORS.

It would have been nice if Katherine Rodi, Edward Schlenoff or Gina Martinez of OPI at least told me I was nominated.

Besides those accolades while in educator exile, I am apparently a “trouble maker”, “nuts” and “crazy.” Me What No. I’m a trouble-finder.

Director of Office of Personnel Investigations Edward Schlenoff, we are fully aware of your part in problem coding innocent educators.

Senior Counsel Robin Singer, go ahead and forward this out to try an build a case when you have had none. You’re legal advice, along with those from Marisol Vazquez poses many ethical concerns.

Why was I removed for two years again Let’s ask Chancellor Faria’s top attorney Courtenaye Jackson-Chase. Apparently this email below shows further evidence she made an error in removing me and keeping me out school while students taxpayers paid the bill. The email to top UFT attorney Adam Ross indicates that I could have been placed in another school instead of being kept in the Rubber Room. Funny thing is my union told me nothing about this and I stayed in exile for another year and three months. Mike Mendel, thanks for the evidence. 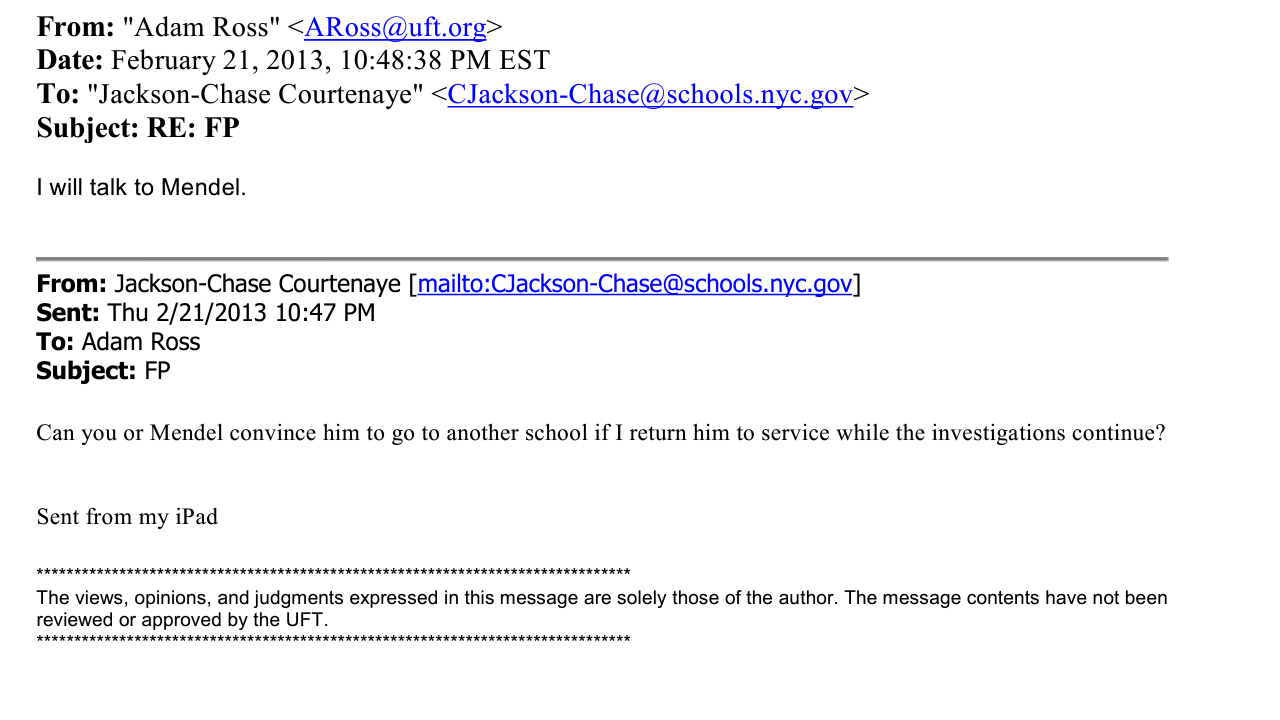 Chancellor Faria and Mayor de Blasio, thanks for keeping all of Bloomberg’s clowns in place 11 months later in order to continue the Bloomberg-Klein legacy. Not fooling me.

Both 52 Chambers Street and 52 Broadway need an enema.