Who is Donald Conyers 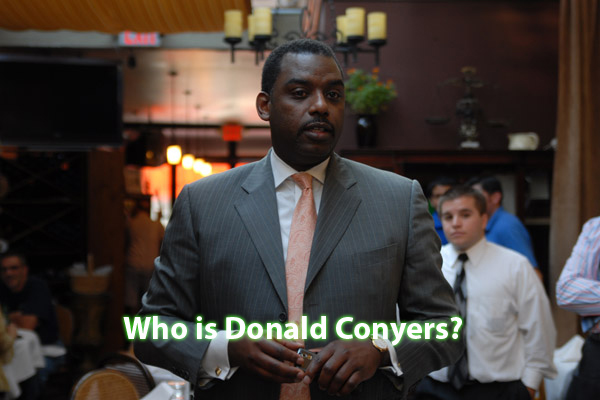 InOctober 2013, Iwas emailing DOE officials about attending a public co-location meeting at my community school of IS 49. Then, out of nowhere, I get this bizarre email from a guy named Donald Conyers. No introduction, he just jumped in to throw a jab.

Thank you for reading the attached document.

You may not conduct a union meeting at IS 49 on Friday, October 25th because you have been reassigned and charged with misconduct under Education Law 3020-a; under the circumstances, you may not enter the school premises.

I trust you will comply with these directives.

It didn’t stop there though.

I will be attending the November 12th PTA meeting at IS 49. No issues with that, correct

Notice I did not email Donald Conyers, but here he is again:

Your request to attend the PTA meeting at IS 49, scheduled for November 12, 2013, has been referred to me for a response and is denied. ……….[message truncated]…….

Did Donald Conyers realize that he violated Chancellor’s Regulation A-660 section 4.

“Attendance and Participation – PA/PTAmeetings must be non-exclusive
and open to thegeneral publicin accordance with NYS Education Law.
PA/PTAmembers may attend and participate in all general membership
meetings. In addition, individuals who are not members of the PA/PTA
may attend general membership meetings as observers, but may only
participate in discussions with the approval of the executive board. “
http://schools.nyc.gov/NR/rdonlyres/EBEFFD82-30D5-4B91-9F9A-6A07B0D0F2D6/0/A660.pdf
————————
To which I finally replied:
———————————
From:Francesco Portelos<fportelos@gmail.com>
Date: Fri, Nov 8, 2013 at 5:26 PM
Subject: Re: PTA Meeting at 49 (Portelos)
To: Conyers Donald <DConyer@schools.nyc.gov>
Cc: Brodsky David <dbrodsky@schools.nyc.gov>, mvazquez16@schools.nyc.gov, RSinger4 <rsinger4@schools.nyc.gov>

Who are you exactly I mean what is your role in my case and in what capacity are you involved with it You never introduced yourself.

Your statements are not entirely true. I’ve encountered many reassigned employees who have been allowed into their school to attend grievance meetings, get their belongings or even a PD. All of them had allegations involving students. I guess my raising alleged administrator misconduct worries certain DOE attorneys a little more.

Did Mr. Brodsky make that determination or did you