Not So Fast Former Chancellor Walcott 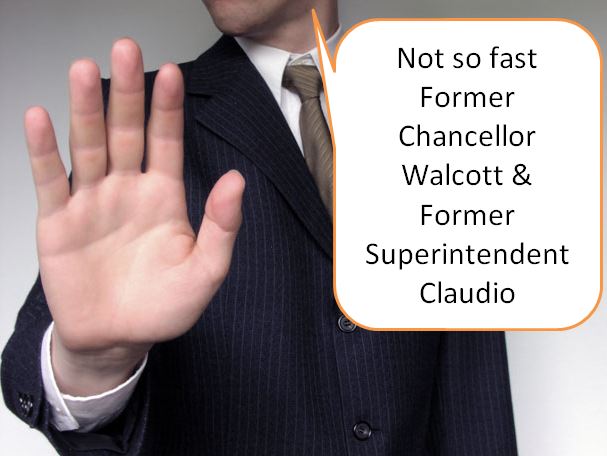 Some of you might have read that I filed a Federal lawsuit against Principal Linda Hill, the NYC Department of Education, The City of NY and former Chancellor Dennis Walcott. That complaint was filed back in June of 2012. So much has transpired since then that my attorney and I had to amend the complaint and add former District 31 Superintendent Erminia Claudio, who was very involved in my wrongful exile.

I spoke to a fellow educator who actually deposed Dennis Walcott recently. I told my attorney, Bryan Glass esq., that we should depose him as well. I mean after all he spoke about me on syndicated national television (Fox 5) and it wasn’t that nice. Also, I have been wrongfully exiled for over 600 days under his watch. 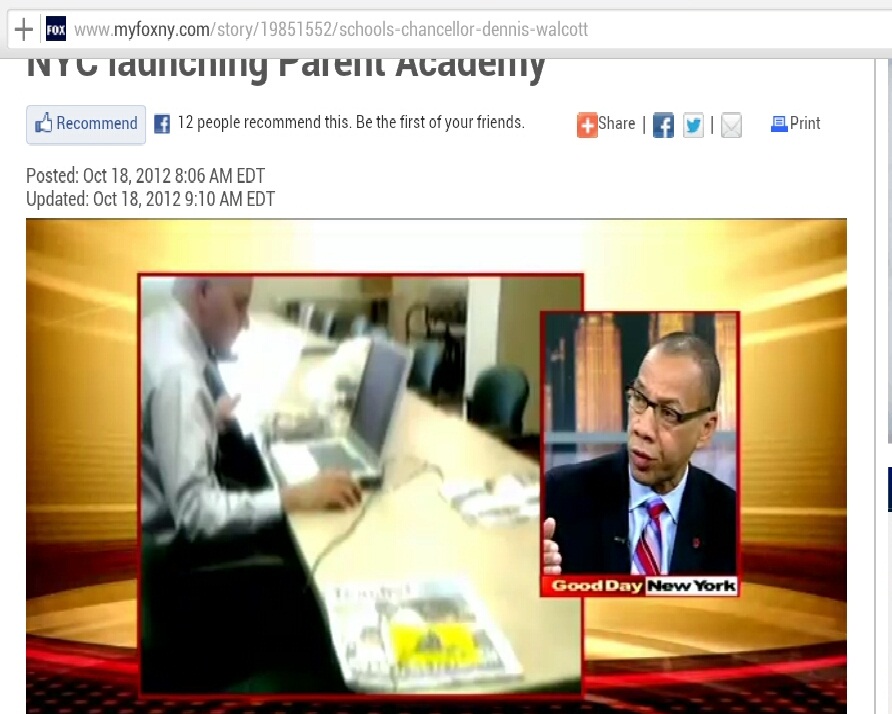 “Mr. Portelos, what did he say”

Well after Dennis Walcott stated that the school year was “going great”, Good Day NY host Roseanna Scotto asked “What about this guy in the Rubber Room” As Mr. Walcott was stating “There are no more Rubber Rooms.”my live stream from the Rubber Room was superimposed. If you go to the online version that I captured this from, you will notice that the video has since been removed. http://www.myfoxny.com/story/19851552/schools-chancellor-dennis-walcott You’ll notice that on November 1, 2012 the article was edited and video was removed.Fox 5 will not furnish a copy and I have asked several times. (Any Fox 5 interns reading this, email me a copy. Shhh…I won’t tell).

In other news, this Friday we continue with day 15 of my termination hearing and it looks like it will go at least 20 days before both sides finish. Someone following my case told me last week that they think it will cost the taxpayers half a million in salaries, investigations, hearings and man-hours.

In any case, my amended complaint was filed recently and I am sharing it here:

Plaintiff FRANCESCO PORTELOS, by his attorneys, GLASS KRAKOWER LLP, as and for his Supplemental Complaint against Defendants, respectfully alleges as follows:

RETALIATION IN VIOLATION OF

WHEREFORE, Plaintiff demands judgment in its favor against Defendants as follows:

a) On Plaintiffs First Claim for ReliefRetaliation against Plaintiff for exercising freedom of speech in violation of Plaintiffs First Amendment rights, damages in an amount to be determined at trial;

b) On Plaintiffs Second Claim for ReliefRetaliation in violation of NY Civil Service Law 75-b, damages in an amount to be determined at trial;

c) On all Claims for Relief:

b. Enjoining defendants from any further acts adversely affecting the terms and conditions of Plaintiffs employment including his compensation and privileges;

c. Compensatory damages to compensate Plaintiff for breach of contract, economic loss, damage to name, profession, career and reputation, pain and suffering, emotional distress and mental anguish, embarrassment, indignity, and dislocation, in an amount to be determined at trial;

d. Punitive damages against one or all of the Defendants;

f. For such other and further legal, equitable or other relief as the Court deems just and proper.