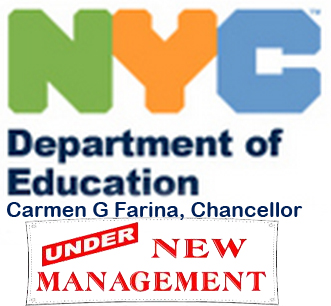 For almost two months I had a Google Alert for the words “de Blasio and chancellor“, so all articles with those words would be sent to my inbox immediately. Thank God I can finally remove that now. As you can imagine there were countless emails that came in regards to speculation and delay. Yesterday mayor-elect Bill de Blasio appointed Carmen Fariato head the 1.1 million student school system. We finally have a chancellor who is an educator. No waiver needed.

I actually briefly met Carmen Farina two weeks ago at Diane Ravitch’s book signing at PS 15 in Red Hook, Brooklyn. I also played phone tag with her newly appointed Chief of Staff Ursulina Ramirez during and after the de Blasio campaign. Don’t get me wrong, I’m not waiting for anyone to come in and have the frivolous charges withdrawn as the truth will set me free….eventually. I’m just looking at how I can best serve the system once my hearing is finally over.

I think what was posted on the official DOE website yesterday is a great start:Mayor Elect De Blasio Appoints Carmen Faria As Schools Chancellor.

Not bad so far, right High Stakes Testing gets a couple of jabs already. Can we expect less testing, test prep, test prep material, baseline testing, testing PD’s etc Can the teachers now actually teach If so, what does that mean for not only the students, parents and teachers, but Pearson, the testing giant I quickly checked their stock and it already dropped by 1 cent. Quick…SELL, SELL, SELL! 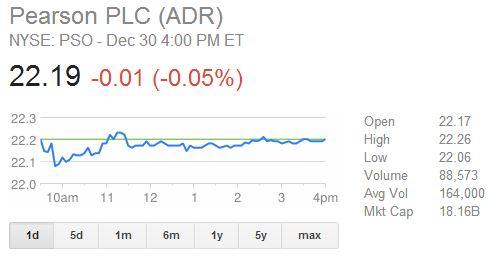 I was surprised to see the above comments in black and white and so soon. Aside from testing there are a plethora of other hot topics Carmen Farina has to tackle. Of course you know where I’m going. Yes, the dreadful witch hunt and bullying of educators. The bullying admin, the corrupt investigations/investigators, dead-end grievance procedures and the 300 DOE attorneys who give bad advice and practice with poor ethics. They need to be cleaned up. In the last two years alone we lost over 450 new probationary teachers. They are red flagged and cannot get any job within the DOE. How many were unwarranted executions of young careers Perhaps lifting the problem codes attached to their HR accounts is a great way to start.

Here is how we can easily fix the costly Rubber Room DOElemma in two easy steps:

1- Discipline and exercise consequences for all false allegations that are made in bad faith. In my case I had over 30 investigations started on me and SCI unsubstantiated 94% of them. The two that were supposedlysubstantiatedwill be explained at a later time.Shouldn’t there be some consequences to those who called them in and cost the taxpayer over $300,000 SCI alone intakes over 6,000 allegations a year. OSI and OEO another 4,000.

2- The biased and slow as molasses investigations need to be cleaned up and revamped. It’s no accident that they take forever. SCI, OSI and OEO adhere to no time restrictions. OSI Investigator Dennis Boyles told me he interviewed a student in February 2013 about a corporal punishment incident that happened in February 2012. OEO Investigator Theresa Wade just informed me that she needs a 90 day extension to complete a discrimination allegation that should take one day to investigate. Countless educators in Rubber Room exile aren’t waiting for hearings, but rather for their investigations to be over first.

For more ideas including the ATR situation and how to cut spending see Chaz’s Blog It’s Time To Eliminate The Bureaucratic Bloat At The DOE.

Let’s hope 2014 is the beginning of prosperity and a paradigm shift in education. Let’s hope we can bring back the joy and enthusiasm back into the noble profession of teaching. To quote the Movement of Rank-and-file Educators “Our working conditions are our student’s learning conditions.”

I leave you with this new video produced by Morrison & Foerster’s Advance@Work. My segment starts at 5:40 in case you don’t have enough time for the full 11 minutes.

Although I feel as though I was better at handling the stress than most, it still took its toll. There are about 72,000 teachers teaching 1.1 million students. How many of them are burnt out and leave the school building saying “I’m done.” (<–by the way does that question mark go inside the quotes)

Have a Happy New Year.