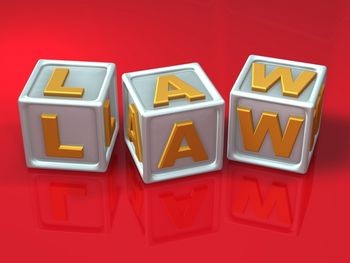 DOElemma: When a NYC Department of Education attorney, or official, has to decide between what’s right and violating a regulation, contract, law or policy. Usually their own.

I lost count as to how many policies, regulations and laws the largest school system in the country has violated in an attempt to silence me, prevent me from teaching, cover up large scale corruption and acting in my capacity as a union chapter leader.

Yesterday, with the help of DOE legal, I, a public citizen, was prevented from entering a public meeting at my school. I added it to my list of evidence for my lawsuits.

David Brodsky is the Director of the Office of Labor Relations and had made many of the decisions involving my me and the school.

Pursuant to the NYS Open Meeting Law, also know as the Sunshine Law, I would like to attend the IS 49 School Leadership Team meeting at Berta Dreyfus tomorrow. The Board has been preventing me from partaking in these meetings in my capacity as the elected UFT Chapter Leader. I will be attending as a member of the public and am requesting a waiver from you. As you know I have been prevented from stepping foot into IS 49 since April 26, 2012. A year later and the reason is still unknown to me and the public. In any case I would like to receive something in writing that either states I can attend or I cannot attend and exercise my right via the Open Meeting Law.

Here is a brief on the law that allows me to be present:

“In brief, the law gives the public the right to attend meetings of public bodies, listen to the debates and watch the decision making process in action. It requires public bodies to provide notice of the times and places of meetings, and keep minutes of all action taken.
As stated in the legislative declaration in the Open Meetings Law (100): “It is essential to the maintenance of a democratic society that the public business be performed in an open and public manner and that the citizens of this state be fully aware of and able to observe the performance of public officials and attend and listen to the deliberations and decisions that go into the making of public policy.”

More information can be found here:http://www.dos.ny.gov/coog/right_to_know.html#oml

I eagerly await your response.

Sent from my BlackBerry Wireless Handheld
——————–

I had originally copied the Department of State Director of the Committee on Open Government Robert Freeman as well and asked him if he can weigh in on this debate.

——————
From: “Freeman, Robert (DOS)” Date: May 6, 2013 3:22 PM
Subject: RE: Re: Attending Tomorrow’s IS 49 SLT – NY Open Meeting Law
To: “Francesco Portelos”
Cc: “DBrodsky@schools.nyc.gov”
This office has long advised that entities created pursuant to the regulations of the Commissioner of Education, those sometimes known as shared-decision making committees or school leadership teams, are public bodies required to comply with the Open Meetings Law.

So there you have it. The NY Department of State states that the SLT is a “public body”.

Two hours before the meeting I had heard no response from David Brodsky, Senior Field Counsel Robin Greenfield or Robin F. Singer. I sent this final message to all before walking into my school for the first time in over a year. I also added Chancellor Walcott and Deputy Chancellor David Weiner to the list.

In about two hours, I’m going to walk into my community school, for a public meeting that involves public funds and public interest. I will walk in as a member of the public with a copy of the Open Meeting Law from NYS and a copy of Robert Freeman’s email to us.

The million dollar question is: Will I be disciplined for it

At about 6pm Tuesday May 7. 2013 I parked in front of Berta Dreyfus IS 49. There was a NYPD van parked by the curb and a police squad car across the street. All in all there were about 8 School Safety Agents present. Seemed a bit much for that time of the day. Two greeted me at the door as I held copies of the Open Meetings Law and memorandum from Robert Freeman.

“Can I help you sir”
“Yes, I’m here for the public meeting.”
“Name”
“Francesco Portelos” ( future Chancellor of the New York City Department of Education I thought to add)
“Ok, go in and sign in.”
“That was easy.” I thought as I took my first steps into the school in 377 days. I have to say it didn’t feel strange at all and actually felt very natural. Probably because I belong there.

I walked over to the school safety agents at the security desk. They asked me for my ID. I handed it to them and said “I’m here for a public meeting”. One of them was already on the phone with someone. They handed my ID back and stated “…the meeting is a closed meeting.” After a little back and forth they said the information came from DOE legal through Ms Hill. That’s all I needed to hear. That and the email from Brodsky. They prohibited me from exercising my right and interfered with another law. After a few greetings by staff I left. The whole thing was caught on tape by the school’s security cameras.

See the post about how I have no Right to Record a Meeting.

UPDATE: NYSUT filed a lawsuit against the DOE in Supreme Court about this.

To compare I will be going to an SLT at my local elementary school. Stay tuned.