WWDWD -What Would Dennis Walcott Do

Kicking off “What Would _____Do Week” here at ProtectPortelos

What would happen if in a parallel universe, Mr. Walcott, kindergarten teacher, witnessed misconduct in his school Would he have said anything Would he have reported it Would he have been publicly vocal about it Would he have been sent to the Rubber Room in exile If the answer to those questions is “yes”, then I have the million dollar question….Would he eventually become chancellor of the largest school district in the country OR would his history derail any chance of him advancing as he did 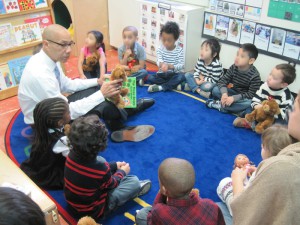 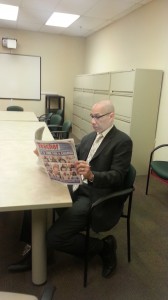 Here is his full bio with a small addition I made in RED:

Dennis M. Walcott is Chancellor of the New York City Department of Education.As Chancellor, Walcott oversees a system of more than 1,700 schools with 1.1 million students, 136,000 employees, and a $23 billion budget. Building on Mayor BloombergsChildren Firstreforms, Chancellor Walcott is committed to cultivating teacher talent; expanding school choices for families so that students attend schools that best meet their individual needs; creating strong partnerships with parents; and preparing students to graduate from high school and succeed in college and careers.

Prior to his appointment as Chancellor, Walcott served as Mayor Bloombergs Deputy Mayor for Education and Community Development for more than eight years. In that capacity, he oversaw and coordinated the operations of the Department of Education, the New York City Housing Authority, the Department of Youth and Community Development and the Mayors Office of Adult Education. He also reviewed the activities of the New York City School Construction Authority, City University of New York, and the City University Construction Fund. Mr. Walcott was responsible for collaborating with community-based organizations citywide and coordinating policies concerning youth programs and adult education. He currently serves on the board of theGovernors Island Preservation and Education Corporation, and previously served as Co-Chair of the Mayors Commission for Construction Opportunity.

As a kindergarten teacher in the childcare center where he began his career, Chancellor Walcott recognized the need for a male role model in many of the childrens lives. He also began raising concerns about how the money in his school was being spent. Witnessing wrongdoing, Chancellor Walcott informed authorities of financial misconduct in the childcare center. Immediately after making the reports he came under heavy attack and was removed from his class pending 20 investigations.

In 1975, he founded the Frederick Douglass Brother-to-Brother program, a mentoring program for young boys. Before joining the Bloomberg Administration in 2002, he was the President and Chief Executive Officer of the New York Urban League where for more than 12 years he expanded educational and youth service programs including Jeters Leaders and Bridge to Brotherhood programs, Healthy Start, Northern Manhattan Perinatal Partnership, and the 140thStreet Building Block Program. He was previously the Executive Director of the Harlem Dowling Westside Center where he expanded services to children and families.

Chancellor Walcott graduated from New York City public schools in Queens, including P.S. 36, I.S. 192, and Francis Lewis High School. A lifelong Southeast Queens resident, Chancellor Walcott graduated from the University of Bridgeport in Connecticut with a Bachelors degree and a Master of Education in 1973 and 1974, respectively, and in 1980, received his Master of Social Work from Fordham University. He has served on numerous boards including Carver Bank Corporation, Primary Care Development Corporation, and the former New York City Board of Education. He has also served as an adjunct professor of social work at York College and as a talk show radio host. Chancellor Walcott and his wife Denise have four children:Dejeanne, Dana, Shatisha and Timmy; and three grandsons, Justin, Gavin, and Christian.