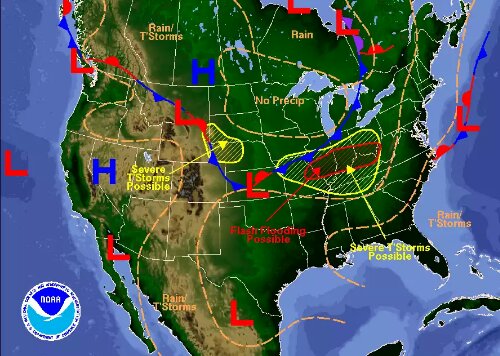 Some of you told me you enjoyed my previous satirical posts, New NYC Firefighter Evaluations, and Teacher Observations & Traffic Stops- If They Want to Get You, Theyll Get You.

So, I thought I’d throw a quick one out today since it’s National Weatherperson’s Day. Enjoy.

It’s 5am..are we getting a snow day Are schools closed Hey should I bring an umbrella Evacuate the flood zone Golf Friday …I don’t know…they say chance of rain.

People everywhere are plagued with these questions like this and are given inaccurate responses. I’m not joking…the other day the weatherperson, to be politically correct, said here in NYC we might get 2 or 20″ of snow.

Now NYC is looking to be the first to evaluate their meteorologists. The plan is to help rate and support meteorologists using the new Weatherperson Professional Performance Review or WPPR.

Unlike the infamous Teacher Evaluation or APPR, the WPPR looks to rate a Weatherperson Highly Accurate, Accurate, Inaccurate and Not Even Close. Those that receive two Not Even Close ratings are terminated.

Another difference is that the lower the EvA (Estimate vs Actual) the better. Let’s look at the formula for rain & snow:

Where Te represents length of time between actual and estimate. In other words if a weatherperson says in 5 days we will have 20″of snow and we wound up having 3″, then there EvA pt value is 17″/120hrs, so .141 inch/hrs.

Now you see in the example above that the weatherperson overestimated. Let’s suppose they predicted 3″ and instead we had 20″. Now we obviously have a negative number and a potentially hazardous situation.

Three negative EvA pts in a row and the weatherperson is not only fired, but brought up on criminal charges.

One weatherperson, who wished to remain anonymous, said “Look..it’s like rolling a hundred sided die…just carry a small tote umbrella, a pair of boots and keep your clubs in the trunk. Oh and wherever you go, bring a jacket.”

The president of the Weatherperson Union of Professionals (WUP) is a strong critic of this imposed evaluation system. “DO YOU PEOPLE HAVE ANY IDEA THE NUMBER OF FACTORS THAT GO INTO WEATHER ACTIVITY ANY AT ALL Seriously! Humidity..barometric pressure! Solar flares..shifting of the poles…volcanic activity…dew point… Friggin DEW POINT! ! ! Does anyone know what that is”

For you non teachers, this is poking fun at the Value Added Model (VAM) of evaluating teachers. For those unfamiliar with so-called Value Added Modeling, it’s the statistical measure that judges teacher quality based on the test scores of their students. The formula for evaluating teachers, deciding their performance-based pay, or even whether they fired from their jobs, looks like this.

They try to play it off as it being supportive, but when teachers aren’t even given proper feedback, I don’t see where the support is.

Disclaimer: I realize the many factors that go into weather forecasting. I hope I didn’t offend anyone.