Can Bloom-Klein’s DOE Attack on Probationary Teachers Be Remedied

Her name is Jennifer and she is in her early twenties. She wanted to be a teacher since she was a little girl. Her mother was a teacher. Her father was a teacher. Both are retired now from the NYC Board of Education. Her aunt Susan and older brother Kyle are also educators.

Jennifer remembers getting her first chalkboard easel as a gift when she was little. It had the little wooden tray beneath it to hold all her multi-colored chalk and the mix of chalk-dust. She would set it up in the corner of her room and stand in front of it and teach. Teach who Her stuffed animals and dolls that were lined up on the floor in front of her.

Fast forward through high school and four years at CUNY where she acquired her degree in education. She took the necessary tests and got fingerprinted. She was almost there…almost teaching. “Wow…I’m going to be filthy rich!” she thought. No..actually she didn’t think that. NO ONE goes into teaching to for the income…they go into teaching for theoutcome.

It’s August and she gets the call that her interview at a local elementary school went well. Principal Higgins wants her to come in to fill an opening for a 5th grade position. Jennifer and her family of teachers are ecstatic. There is a feeling of euphoria when the custodian opens up the door to her classroom and drops the keys into her hand. The feeling is likened to finally moving out of home and getting your first apartment. What am I going to put up on those bare walls A Black Eyed Peas poster No, no ,no…that space is for a Word Wall.

Things started off a bit shaky, but Jennifer was able to manage and roll with the punches. Of course it involved a lot of papers scattered across her kitchen table every night and over the weekend. No overtime pay for that, but she did what she had to do.

Then…out of the blue….it happened. Without even realizing it, Jennifer crossed Principal Higgins and questioned her decisions. How did Jennifer do that Well at first Jennifer didn’t even know. Why, for three days straight, was Principal Higgins coming in to observe Jennifer’s class Yes, she is a new teacher and should be observed and supported. However, Principal Higgins was not even giving constructive criticism, but rather started berating Jennifer in front of her class. “Where are your rubrics” “Where is the rigor in your lesson” “You call this a bulletin board” Principal Higgins would ask while Jennifer was trying to teach.

What happened Why the change Well, apparently Jennifer went to the United Federation of Teachers Chapter Leader to ask a question a few weeks back.

Jennifer: “Hey Ken (Chapter Leader)….Am I supposed to have four classes back to back without a break Morning extended day, homeroom, followed by four periods in a row leaves me several hours without even a chance to use the bathroom. I thought the contract said we shouldn’t. Also, I haven’t had the proper state mandated mentoring. What should I do”

Ken: “Hmm…Let me check and get back to you.”

UFT Chapter Leader Ken did check. He checked the contract, spoke to his district rep and…had a sit down with Principal Higgins.

“Too many periods in a row Is that what she said Oh and she wants more support I’ll give her support!” responded Principal Higgins.

Then came the letter from the district superintendent:

Principal Higgins has sent me your file. Upon careful review I will be making a decision to discontinue your probationary period with the NYC Department of Education effective one month from now. You may respond to me via a letter, no later than 5 days before my final decision.

Jennifer’s heart sank even more. She rounded up exemplary student work. Her mom and family of teachers jumped in to help save her. Parent wrote letters. Students wrote letters. Jennifer even ran to Staples to bind everything nice and neat.

It was all for naught. She was ultimately discontinued and her probationary period terminated. She was now red flagged in the DOE Human Resources system, added to the Ineligible List and assigned a “Problem Code” next to her name. This meant she could not even obtain a job in the Department of Education in another district or borough. 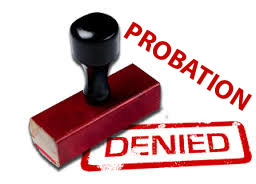 In the end it was another casualty and point for the Bloomberg/Klein attack on tenure and the teaching profession. Reduce average teacher salaries by having a revolving door of new and docile teachers. That’s one way to do it.

Jennifer’s story is not unique. I wish it was or totally made up. It’s actually a mix of several stories told to me by targeted teachers and their families.

I asked the UFT several times for the numbers of discontinued teachers. UFT employees Leroy Barr ($196,648)and Amy Arundel ($134,000/yr) would not respond or share, so I had to FOIL for the numbers myself.

Over 450 teachers, like Jennifer, have lost the ability to teach in NYC DOE in just the last two years. See below.

The BloomKlein plan: Extend probation again and again and prevent tenure. Even expensive tenured and veteran teachers were not out of reach. Enter the Special Commissioner of Investigation…the Office of Special Investigation, and the Office of Equal Opportunity with biased substantiated investigations to help document and prove that they should be discontinued or terminated.

The question now is: “Will Chancellor Faria direct Human Resources’ Office of Personnel Investigation to review the cases where the discontinuance was possibly arbitrary and capricious and so these teachers reapply”

Parent and Educator fighting for the student and the teacher.
View all posts by Francesco Portelos →
Tagged  discontinuance of teachers, nyc doe, probationary teachers, tenure, uft.
Bookmark the permalink.