I have been pretty open in my criticism of the UFT leadership on this blog and other forums. There is no doubt that I have voiced my opinion that the largest local in the United States has been pulling punches when it comes to defending the rights of educators. I won’t go into them in this post, but many of you have read them hereMikey MulgrewWhere are You

Having said that I have to give credit where credit is due. I FOILed the the emails of the former NYC DOE Executive Director of Employee Relations Andrew Gordon. I wanted all emails between specific dates with the name “Portelos” in it. After over a year and a half, I finally received something…albeit incomplete. (They failed to give me some emails that for that search criteria that I knew about. Seems like a violation.)

So just to give you some background, these emails are about me casting a ballot in an election where I was running for Chapter Leader on June 13, 2012. The DOE, was preventing me from doing so.

I blocked the names of the UFT members involved as I was unsure if they wanted their names printed:

Here are some of the many emails that went back and forth between Andrew Gordon, David Brodsky of Office of Labor Relations and top DOE Attorney,Courtenaye Jackson-Chase. 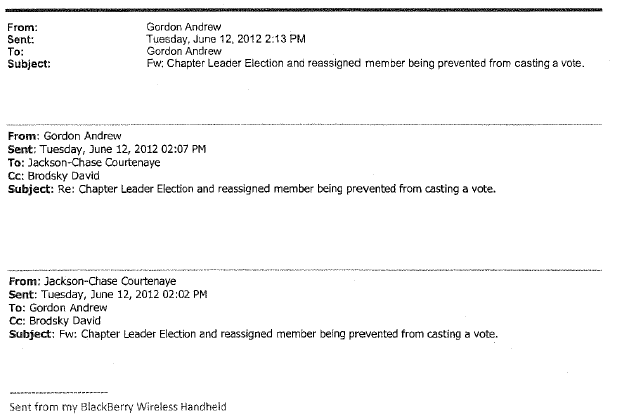 This is Tweed’s Response:

This is the UFT’s response:

This is Andrew Gordon’s response:

I got the call the night of June 12, 2012, that I not only cannot enter the building, but that I have to show up at 7:30 am. That is after all staff is in the building, so I thought “Oh Yeah We’ll see about that”

I wound up pulling out my blue politician suit and showed up 6:30 am outside of the school. There I greeted my colleagues as they entered. Shook hands, hugs and kisses. At 7:30 am the ballot box comes out and I vote for one of my opponents. Why …because I can.

Later that afternoon I get the call to the Rubber Room exile. “You won.”

I went out and bought a cigar. It was crappy and cheap, but oh so sweet. 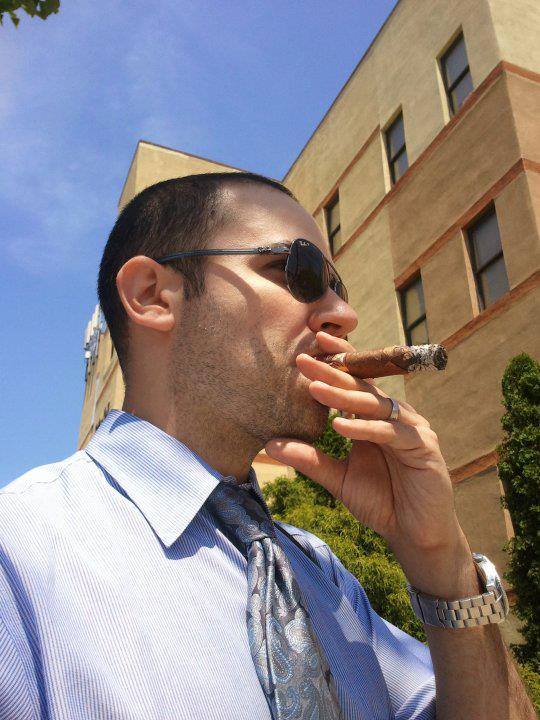 I just found out who else was involved in the discussion. Former Chancellor Dennis Walcott…remember him Also Deputy Chancellor David Weiner. Seems like they had a good amount to say. However, FOIL officer Joseph Baranello and his team redacted the emails and now I have to appeal, possibly in court, the removal of those redactions. 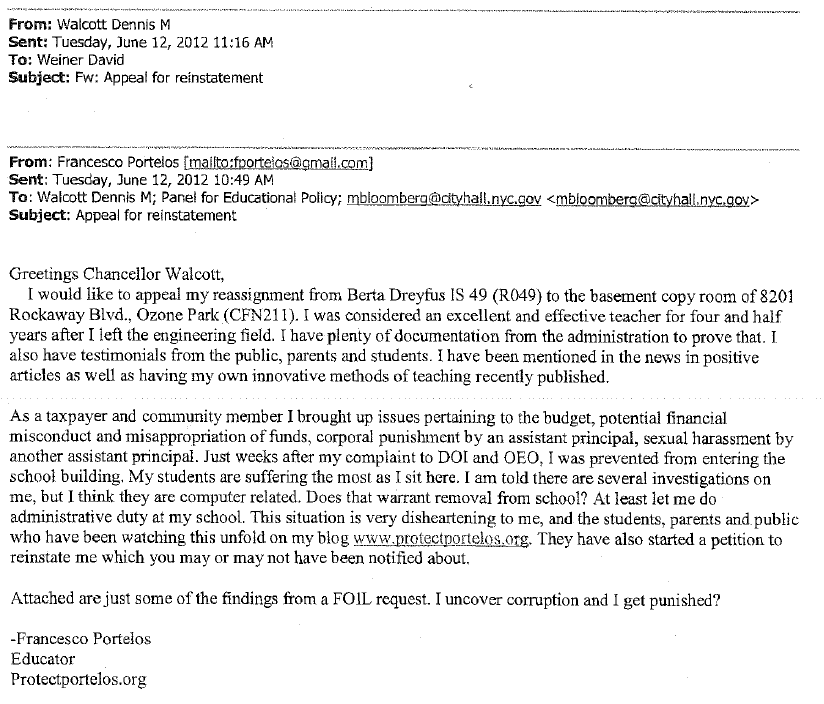 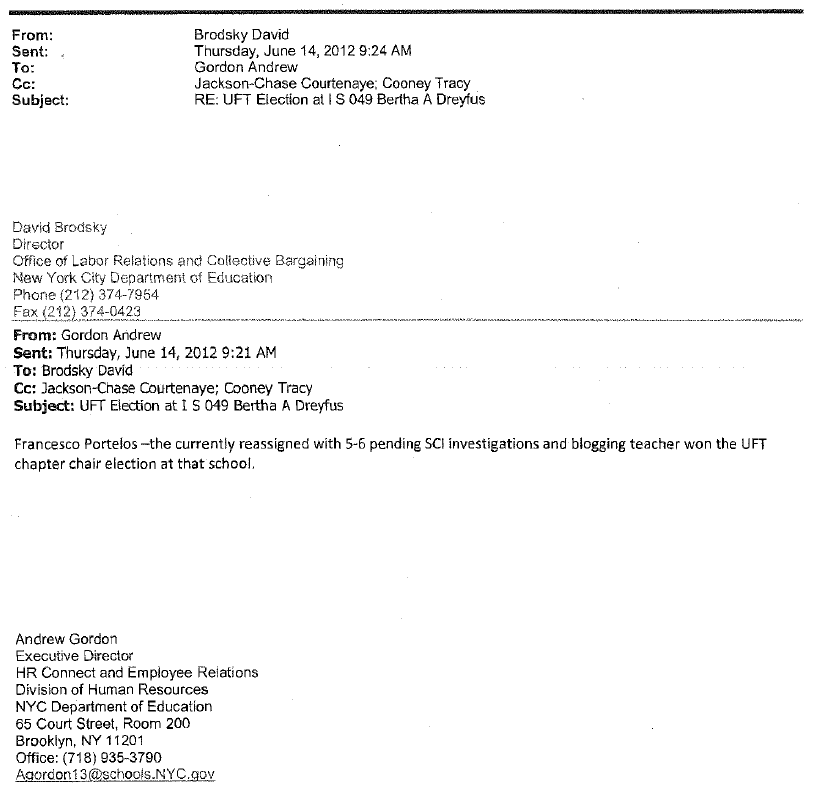