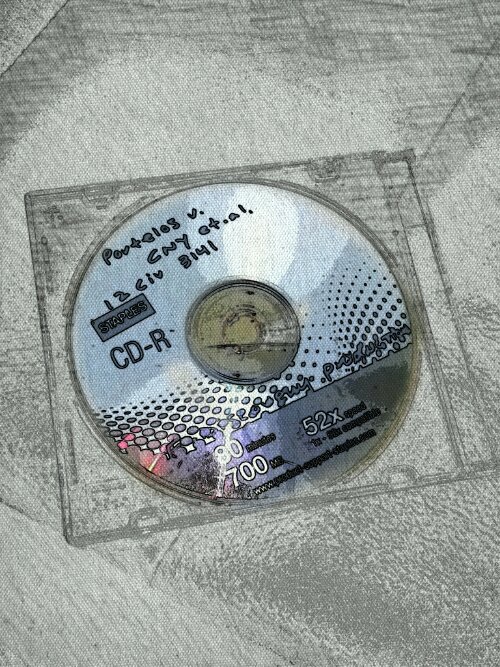 On Monday I went to my attorney’s office in Manhattan to strategize and pick up this CD (above). The DOE Tweed building, where all the head brains are, was on my way. I stopped and took this quick photo just after I past two attorneys from the Administrative Trials Unit. (That’s the group that has the arduous task of trying to terminate me starting 9/12/13). I wonder if OSYD has GPS on my phone that alerts them when I’m close. Not they need to, but read below and you’ll see what I’m referring to. 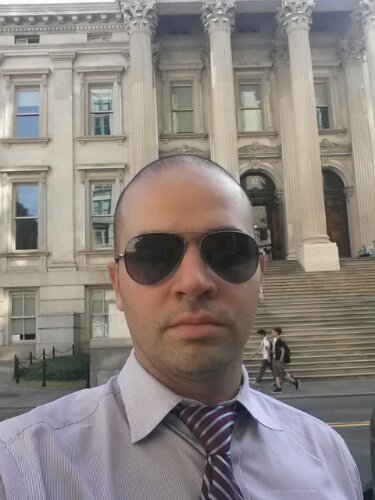 Anyway, my attorney gave me this CD he received from the NYC attorney defending the city in my Federal case. We opened it, made copies and saved them (on servers around the world.) It contains approximately 3,088 pages of emails to and from Principal Linda Hill and Superintendent Erminia Claudio’s DOE accounts with the word “Portelos” in it from January 2012 to June 2013 plus other items. That includes when they were just copied.

Let me just start with Wow! You thought the Cathy Black emails were interesting I started backwards and only got through 1/5th and am absolutely floored. I’m not sharing any just yet, but let me make some quick points that should make taxpayers and parents upset as well as the students who lost out.

– The amount of man-hours and resources that went into trying to “get me” is ridiculous and appalling.

– Deputy Chancellor of Operations Kathleen Grimm is copied a lot and weighs in. To help alleviate thesituation No. The first time I heard of her was at a Panel for Educational Policy (PEP) school closure meeting and some audience member yelled out “Boooh.. Grimm Reaper!” That’s not polite I thought. I was then informed that she closes down schools.

– Deputy Chancellor Shael Suransky is in the emails as well.

– There are times when “they” got wind that I would be present at a public event, speaking out and actually upped security. What Harmon Unger, Frank Jordan and the Office of Safety and Youth Development was on the case. I thought it was odd to see the guys in suits with wires in their ears. Now it makes sense that they kept an eye on me while I sat in the back of the Petrides auditorium.

-The words “he’ll stop at nothing” and “he is relentless” were used by many. It’s funny, because I was talking to a teacher at my school and said “Remember when I first came to IS 49 from the environmental field I was this scrawny guy running around helping out with tech issues and staying late and weekends” She replied “I was thinking that. Look what they have created, but what choice did you have You’re up against an army and they don’t know what to do. It’s ridiculous! ”

– Several UFT members, within the building, helped with the demise of the great atmosphere we once had. We knew this, but the amount of teachers and paras who were emailing the principal my chapter leader notices is crazy. Some were not involved in my case at all, but I guess they wanted to ensure a Satisfactory rating. Another reason the teacher evaluation is going to be subjective. “Keep giving me info and you’ll get rated Highly Effective.

– I’m under even MORE investigations than I thought. Have lost count, but somewhere around 34. Lol. Great job SCI and OSI…ignore my evidence backed complaints and investigate magazine subscriptions. Yes apparently my principal was getting Playboy subscriptions and she reported that I subscribed her. You can’t make this stuff up.

– Many emails to and from CSA, the administrator’s union making stupid comments.

– Several emails from the Community Education Council who have been no help at all to our case.

– Remember the resolution that was proposed to have armed guards patrol schools after the Sandy Hook massacre The Staten Island CEC wrote a proposal and presented it. The news was there and many people, including I, spoke up. Well Superintendent Erminia Claudio emails Kathleen Grimm et al the next day and updates them saying. “The UFT spoke up against it because there was no parent involvement”, “Portelos was there, but was not on his game” and “Sam is a fool!”. I was actually flattered by her comment as it made me sound like I had game, but just not that night. She was right add my speech was off that night. I was more taken aback that she called CEC President Sam Pirozzolo a fool. For what For proposing the resolution

-There were attempts at investigation that were too ridiculous for an office to open. I used the word “kosher” in an email once and Principal Hill tried to have the Office of Equal Opportunity open a discrimination case…on your tax dollar.

-Even the few emails that were really nothing, I kept thinking the money spent in time on trying to destroy me was horrific.

– Some back and forth emails with SCI and OSI investigators.

I’ll go through more and see what I can share.

Update: With less than 24hrs before my termination hearing, SCI investigators visit my mother in law & play with my kids. Desperate I believe so. 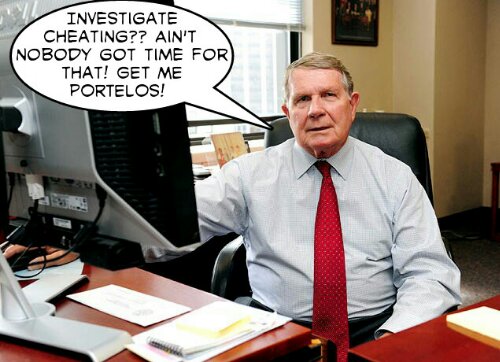