If you know my story, you know that my UFT Chapter leader offered the school administration a helping hand in derailing my young career in education. On top of that, my emails and calls to my union leadership appeared to fall on deaf ears as the attacks increased “Mikey Mulgrew, Where Are you”. I’m serious…I thought I had a problem with my email account. I would send emails and make calls to 52 Broadway and all I would hear is an echo back “Hello hello…Can anybody hear me…can anybody hear”. Sure there was some callbacks and emails, but not like the powerhouse action I expected. I have to say that the Staten Island office did jump in with some grievances. Problem is, grievances are denied at a rate of 98.2% by the DOE, so that wasn’t the help I needed.

In any case I started making calls and sending emails elsewhere. I reached out to James Calantjis, a teacher who knew the School Leadership Team (SLT) was a farce, and runs sltsupport.blogspot.com. He connected me with Parent Advocate Betsy Combier and other educators. I was also making connections elsewhere, but I don’t want to mention everyone here yet as some are working undercover. One of the people CC’d in an email was Norm Scott. I thought to myself “Why does that name sound familiar” Then I thought…”Wait, the robotics guy” I was a robotics coach and would always get emails from Norm about competitions and qualifiers. I only knew his robotics blog,normsrobotics.blogspot.com. Little did I know thatednotesonline.blogspot.com was in existence and he was fighting this battle before I was born.

Almost a year ago today, an article about me surfaced in the NY Post. I was labeled a “Loose Cannon”. It seems they were half right. (The cannon part). I met Norm at the First Lego League City Championship, with my team, the day the article came out. I’m not going to lie, but I dry heaved a bit that morning. A few days earlier UFT President Michael Mulgrew walked away from me, so I was pretty much screwed. A friend recommended “I throw in the towel”. It was tempting, but little did he nor I know the battle that was ahead. Norm read the article and immediately started emailing everyone. No seriously…EVERYONE! I still have the email and it was from the media to the City Council to Governor Cuomo to DOE Top Brass and the NY State Assembly. I thought to myself, why isn’t my union doing that Here was his post from March 20, 2012 You Can’t Break Portelos

As the attacks continued I kept Norm, Betsy and my support group close as I still was feeling the shield of the UFT. I was getting invited out to very small meetings in Manhattan bars. The name MORE had not been created yet, but these folks, like Peter Lamphere, were supporting and guiding me. They gave me the courage to run for union leader from the Rubber Room. The recommended my great attorney, Bryan Glass. On January 13, 2012 I became the first person to win chapter leader from exile.(I believe someone wasreelectedfrom the Rubber Room though).

Now, almost a year later, I can honestly say that if the teaching career is going to be saved, it is going to be with people from MORE. The Movement of Rank-and-file Educators. We are grass roots.

Please Join the Movement. We welcome parents and other groups. It’s not just for UFT members.

Part one: Harri Lirtzman and Francesco Portelos share their stories

Part two: Lois Weiners comments and the Q&A after.

Here is Mike Schirtzer, running for UFT VP, opening up a can of woop-ass on people trying to shut down a school. Trust me, us teachers need these guys going to bat for us. Where is our contract anyway

For all you Middle School 6-8 teachers in NYC, I am running for the Executive Board Middle School Seat of the UFT next month. Vote for me and my MORE colleagues.

Brains, Heart and Spine…we got it. 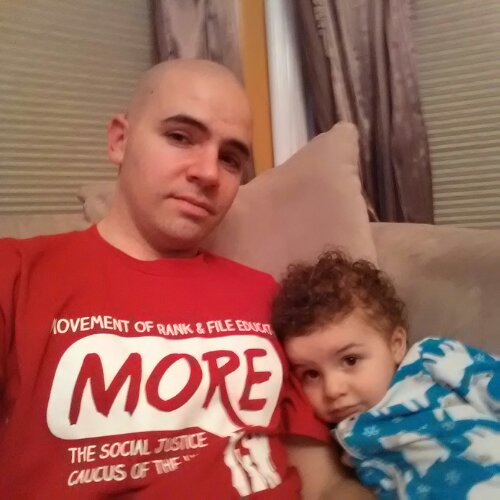 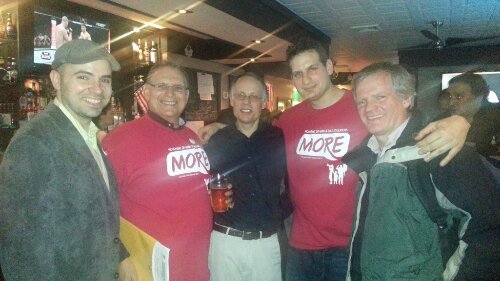 To my Unity Caucus friends..no disrespect, but come on. Can you really convince me to vote for Michael Mulgrew