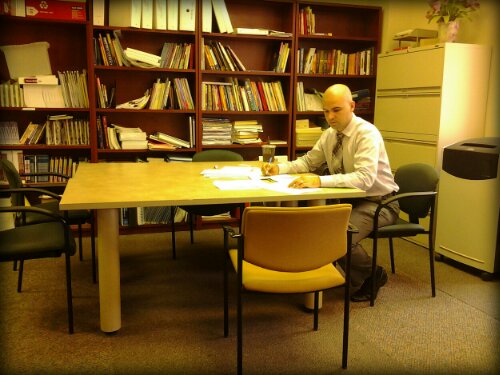 I’m sorry, but I have failed you. If you are reading this, then you probably know how hard I have been trying to get back in to the classroom and teachagain I’ve appealed. I’ve made thousands of calls. I’ve sent letters. I’ve spoken to politicians. I’ve spoken to media. I’ve spoken to lawyers. I’ve live streamed to expose my exile. I’ve blogged and networked. I’ve contacted everyone I can think of and nothing. All to no avail. It’s over 400 days that they have been “investigating” me due to false allegations. They have charged me with nothing. Over 400 days.

It really comes down to us adults acting like children. Adults, in suits, collecting large salaries and tricking the public into believing they have your best interest in mind. Some of which work under the false guise of “Children First. Always.” Look around you. Be thankful for what you have, but be aware of what you don’t. Is your school safe Are you getting nutritious meals Is your teacher teaching the way he or she wants in an engaging way or are they being forced to teach to these high stakes tests Test prep What do you think of all this test preparation What do you think of the students who cut or walk in and out of class and then get to go on all the school trips What about when your class is quietly learning and a group of students disrupt the learning by kicking all the doors down the hallway What about when you work hard, to hand in all your assignments, and you see other students who don’t yet still progress to the next grade What about when classmates curse or fight in the middle of YOU learning I know it frustrates us, the teachers, and we see it in your faces too. Life just ain’t fair. (Don’t use ain’t. I don’t know why but we have been hearing that for generations).

Why does this all happen in a country like the United States How can we be this great country, yet be ranked low in education internationally We can put a man on the moon, fit every picture we ever took onto a chip teh size of our nail, but we can’t get 8th graders to graduate and be able to read The Cat in the Hat It took me a while to figure out, but the reason is clearer now. To them you are $ signs. You are numbers. To them you aren’t Jenny, but instead OSIS# 2363448. On a budget you have an amount attached to you. You have the ability to become educated and get a Masters Degree, but there are those who throw obstacles in the way. Believe it or not, not everyone wants you to. I know it sounds strange, but imagine this:

If all 1.1 million students, currently enrolled in NYC Schools, become college educated and join the corporate workforce, then who….will flip our burgers

Is there anything wrong with flipping burgers No, it’s necessary for us to continue as a sivilization. <—I know the spelling of civilizationis incorrect, because of my teachers. My teachers were not attacked when I was growing up. They had the freedom to teach and we learned. At least we didn’t know if they were attacked.

We can’t deny though that there are people, in high positions, who want to control the work force. We can’t deny the fact that there are people, in high positions, who want minorities to live where minorities live. I know, I know it sounds harsh, but some officials to not want an engineer teaching kids, from the projects, engineering Do they want all of you learning Graphic Design, Animation, 3DArchitecture,Aerodynamics, Renewal Resources, Video Editing and other high end technology Some don’t. Again, it’s harsh, but you have to understand that there are people who want to keep you down. You have to beat them. You have to learn and become as educated as possible despite all obstacles. You may not be able to control where you came from, but you have a say in where you are going.

You think the people keeping me in a conference room, 20 miles from you and my STEM Lab, haven’t seen this video below They know what I taught. My class was career oriented. You kids were doing amazing things.

In any case, if you learned anything from me I hope it is this…NEVER GIVE UP!!!!

You can continue to learn from my educational site www.mrportelos.com and click Video Lessons up top.

Thank you to those students who have been circulating a petition inside the school. I’m not sure what good it will do as my online petition has been signed by over 700 people from around the globe.