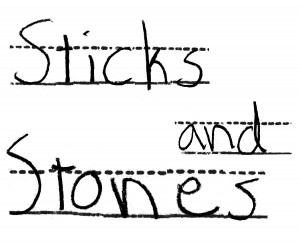 What happens when a parent in the community is also a teacher in a school What happens when they raise concerns and the decision is made to “Get them out!“, but that parent/educator was previously praised and has no negative items in their personnel file The answer is…you make things up.

In the current NYC DOE it’s extremely easy for an administrator to make up anything against a teacher they want to remove. NYCDOEnuts Blogger called it the “Accuse and Remove” method. The principal is backed up by their District Office and Superintendent, Children First Network and respective Senior Field Counsel lawyers, the Office of Labor Relations, The Office of Special Investigation, the Special Commissioner of Investigation, The Office of Equal Opportunity and many other countless personnel at Tweed and 65 Court Street. Sometimes their CSA union reps help throw a few jabs in. (more on that later)

In my case they immediately got to work and started their smear campaign (literally days after). With the help of a few teachers, the group above started to paint an ugly picture of Mr. Portelos. They often, and I mean VERY OFTEN used the word “harassment” and “intimidation”. They used the word “divisive” and “enraged” and stroke after stroke smeared and smeared ugly paint on what was a pure white canvas.

“Mr. Portelos was outside school again…help us!” They forget to mention that I am the UFT Chapter Leader and was holding meetings with my members. “Mr. Portelos is at senior graduation even though he has been removed…help us!” They forgot to mention that I was invited by the valedictorian and other students.Graduation took place at the College of Staten Island and they gave campus police my picture and followed me to my car (on a bike). They even had District Safety Director Frank Jordan on site to help and stand over me on the bleachers.

This has been the case for over a year and since I have not been observed to even raise my voice while under all this pressure and repeated attacks, this picture they are painting seems even more fictional with every stroke.

It didn’t stop there though. Principal Linda Hill took the horrible murders at Sandy Hook, Connecticut and tried to use them as more paint for this picture. Red, sloppy paint. Adam Lanza took his mother’s gun, shot her in the head four times and then proceeded to go to an elementary school and take the lives of 20 children and 6 educators. Horrific. The investigator’s report just came out yesterday.

I’ll stop here and let you read the desperate and horrific email she sent to a select group of lawyers, union president, network leaders etc, where she compares me to this monster:

Dear Erminia and others,
The tragedy in Connecticut yesterday hit me very hard. I can’t imagine the heartbreak and suffering of those families andfriends of the children, teachers, the principal and the other staff who were murdered. Of course I also have other
thoughts… thoughts of another person who is full of hate, retaliation and revenge toward members of my staff and me. Asa result I, and perhaps some other staff, will be attempting to get an Order of Protection against Francesco Portelos thisMonday. Mr. Portelos has been aggressively harassing me, and the others with emails, calls, letters, and on his
websites. He has appeared on the grounds of my school on several mornings and once in the evening after dark when
we were having a SLT meeting. He was removed from I.S. 49 and reassigned to a Queens location last April because he
wrote something threatening about fellow staff members. I was recently told by one of the many SCI investigators whocome to see me on a regular basis, that “Mr. Portelos really hates you”.
As I watch the police and FBI on the TV, carry out the computer of the suspected murderer, in this most recent school
tragedy, I cannot help but think that Mr. Portelos’ digital footprints are there for all to see. Quotes from his volume of blogsinclude statements such as ” I will not be broken”, “Teacher under assault by Principal Hill”, “…they have awakened asleeping giant”, “…these are volatile times”, “Those who oppose me continue to make mistake after mistake…”. A few
months ago Mr. Portelos wrote, in his blog “May 8th is National Teacher’s Day. What better day to blow the lid off
Pandora’s box. Enough is enough…moving to stage 4.” Mr. Portelos also posted, on his blog, a “Word Wall” (mocking
the word walls required in classrooms) with the word “Retaliate” on it. Finally Mr. Portleos has posted a number of
pictures of himself as different characters such as a Jedi knight fighting with a laser sword, a gladiator with a spear in
hand, and he photoshopped a picture of our school (I.S. 49) sinking in an ocean of water with the quote “Occupy Warren
Street” (the location of the school). Each statement and picture, alone, may not mean much, however, collectively I
believe they should be given serious consideration.

My staff and students are effected directly and indirectly by Mr. Portelos’ actions. Students have logged on to computers
in our school and have been linked to Mr. Portelos’ website (even though I had it blocked by DIIT), Staff have received
phone calls, during work hours, from Mr. Portelos with demands, and statements such as I’m watching you. Some of my
APs are complaining that they are having trouble sleeping at night, as I do, thinking about Mr. Portelos and his campaign
of retaliation and uncertainty of what we may encounter as we enter our building each day. I have been told that many of
his “friends” have asked him to stop the blogging, stop harassing the staff, stop calling the school, but their pleas fall on
deaf ears. My school staff is demoralized. The average monthly staff absence has grown from 2.1 in September to 6.2 in
December.

At the risk of sounding like an alarmist, I must put into action a measure of police/court ordered protection. It would feelmuch better to be safe (or at least have a semblance of safety) than sorry. I want this constant harassment to stop and Ido not want people to overlook signals/warnings of a potentially dangerous person.

Can you believe that I hope no reader believes any of it.

I affected attendance at school Jedi Knight with laser sword When Not breaking and fighting back is a threat My friends have asked me to stop A sinking ship metaphor is physically threatening This email above would be funny if it was actually not so sad.

I was removed from school and have had substitutes cover my class and members be without a chapter leader for what I sent an email to the UFT members of my school a week before I was removed indicating that I will be bringing suit to those that made false allegations. I kept my word. That was the straw that broke the camels back and I have not been to school in over 580 days.

I remember sitting in the backyard of my house with my lovely wife and kids and reading this email. I didn’t say anything and passed handed it over to my wife. I watched as she read and continued to shake her head in disgust. She didn’t say much more and handed it back to me. “Can you believe it Adam Lanza” I asked.

I never heard of any protective order, so I am assuming it never went through.

I’m a calm guy. The last time I remember raising my voice was on January 26th, 2012. When the same two people who were against Principal Hill decided to use me as a scapegoat. Three months later I am removed because the same two, Richard Candia and Susanne Abramowitz forwarded the email I mentioned above to her. “Here you go Ms. Hill…he threatened to sue us for lying about him and we feel threatened.”

Did you see that reference about what an SCI Investigator told her More on that coming up in Part 5 of my SCI Series.