Principal Hill & Superintendent Claudio: “Give us your Lunch Money Portelos!” 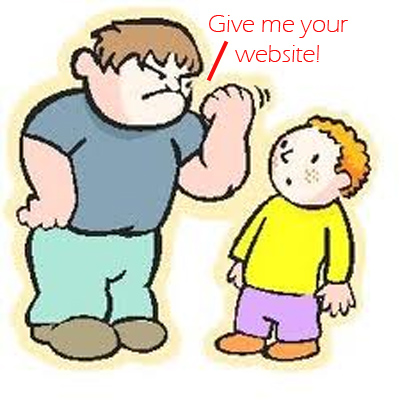 It was probably 1994 and I was a sophomore at Port Richmond High School, Staten Island. Some student had the idea to take a milk carton, stuff it with wires, place it in a staircase at school and call in a bomb threat. Perhaps they wanted to avoid taking a test. Perhaps they were just bored. Who knows why, but it caused the entire building to be evacuated to the football field. It might have been one or two hours that we were waiting when word spread that the bomb squad was still up in the Bronx. “I’m going home” I thought to myself. So did most.

This was before cell phones were widely used. In the confusion I couldn’t find my pack of friends, couldn’t text or FB message them, so I headed off to the city bus stop on Port Richmond Avenue solo. Thinking that there was going to be a mass rush to the bus stop, I decided I was smarter than that and was going to walk to the previous stop and grab a seat. I didn’t take the busy street, but decided to take my 90 lb. goofy self, with my textbook packed Jansport schoolbag, oversized Mets hat and cut through a desolate side street. I happen to pass a group of young fellas on a corner. They were either seniors or out of high school. I paid them no mind and continued on my way. As I continued to walk I thought I heard an increased amount of footsteps behind me. I remember it being cold out because there were patches of ice on the floor. I decided to cross over to the other side of this residential street and walked over a patch of ice that cracked beneath my massive 90 lbs of body weight and 90 lbs of textbooks. Interestingly enough I heard that same patch of ice crack under the pressure of several gentleman who were right behind me. OK, at that point I thought “Hmm..I’m being followed and I’m still in the middle of a long street with quite some distance to busy Port Richmond Avenue.”

I quickly found myself surrounded by four young men much bigger than me. I sidestepped over to someone’s lawn and so did they. “You know you are going tocatch it,right” said one of them with a smile. “Catch it Catch what” I replied making believe I was ignorant to what was about to go down. With my heart racing I knew they meant catch a beating, but thought I could either play stupid or play possum and lie down. I never lie down! “You have any money on you kid” another asked. “I have lunch tickets only. You can have them.” I replied. I had free lunch and the tickets could be used only for that day. I don’t think they were interested in my red numbered lunch tickets.

Now in my head I was playing all kinds of scenarios. Most had to do with the movies I had seen like the Karate Kid and all the Jean Claude Van Dammemovies. I thought “Maybe I could throw my two ton bag of text books at one guy while I jumped up and took out the other three with a spinning helicopter kick.” Yeah right.

But what about the other four guys waiting across the street Yes there were eight guys versus me. Why am I always outnumbered Anyway, before I knew it I was shoved to the cold grassy ground by the guy behind me. No worries. I got up quick, but my Mets hat fell off and as I tried to pick that up another kicked me in the back. Luckily my textbooks took the brunt of that force. I was already to go all out, because as you may see from the site… I don’t know how not to fight back and I loathe bullies.

Luckily at that moment a man, from the house next door, came out of his house with an aluminum bat. “Get the $%^# outta here!” he yells while he waved it. The group took off and I dusted myself off. “Boy were those eight guys lucky this guy came out of his house!” I thought to myself. 😉

I thanked the man and went on my way. I realized there was a car with a football jock and some girls just further down that had been watching the whole thing unfold. “Sorry man. I would have helped, but I was in a car full of girls…” he told me the next day. Whatever.

Now here we are almost two decades later. The players have changed, but the situation is basically the same.

I’m slated for termination by the NYC Department of Education. Principal Linda Hill of Berta Dreyfus IS 49, District 31 Superintendent Erminia Claudio and the DOE are the eight guys trying to take my lunch money. Instead of lunch money though they wanted something else I owned….www.dreyfus49.com. When I didn’t give it up, they tried to and eventually succeeded in removing me.I guess that would be the same as being pushed down and then kicked again by the guys when I got back up. Perhaps this website represents the textbooks of information that took the hit.

In any case there are 38 charges against me now. Let’s look at number 28 here:

Basically, as I posted over a year ago,The Real Birth, Life, and Death of Dreyfus49.com, I created a website, paid for it, worked on it for countless hours and days and the Principal and Superintendent tried to muscle me to give it over. I almost let them. To prove I own, just click it www.dreyfus49.com.Why did they want it so bad Principal Hill did an ignorant thing and forwarded her official lhill2@schools.nyc.gov emails into my domain. According to Google, that made it available to me as I am the primary administrator and owner. Ooops. Tune in next week as we start sharing some of those emails with the public. Audits, attacks on other educators and some more.

We had a Quality Review in the 2011-2012 School Year. We received a low score; Developing. They indicated five things that the reviewers thought we did well. Here is the second:

– A well-maintained school website serves as the primary vehicle for
communication with parents and students regarding school and class
expectations. Each teachers webpage houses the course syllabi, homework
assignments, teacher-made tutorials, and other resources including the ARIS
parent link and a short ARIS user guide, for students and parents to access
remotely. Student progress reports, posted online quarterly, enables parents to
access information around student attendance, behavior, and academic
achievement. Email accounts assigned to each student and staff upon entry to
school allow for students and parents to initiate conversations with the school
around specific student strengths, weaknesses and next learning steps, resulting
in informed partnerships with parents that support student achievement.
According to the most recent Learning Environment Survey, 91% of parents feel
that the school provides them with information on school expectations and offers
appropriate feedback on their childrens learning outcomes.”

Don’t Tread on Me.