Privately Emailing a Parent is a Terminable Offense in the DOE

Can a private citizen use their own private email and send a message to another private citizen about public concern Apparently not if the citizen is also employed by the NYC Department of Education.

Let’s look closely at Specification 36 and 37 of my charges for termination: 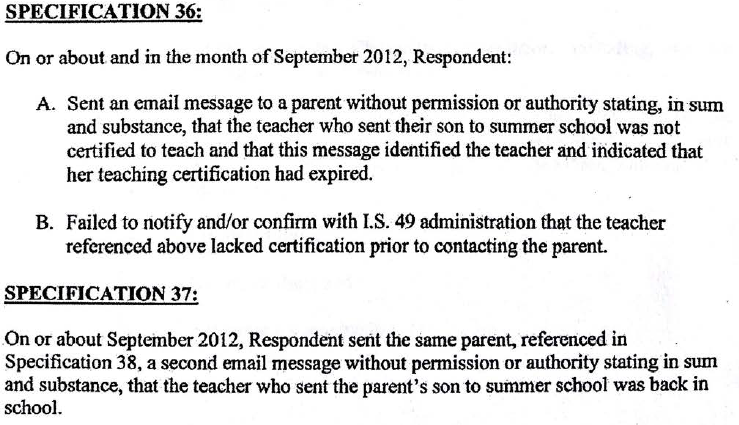 The back story is that this parent was very perturbed that her son was sent to Summer School last year, after I was removed, and she felt as though it was because she was supporting me. It turns out that the English teacher, who allegedly gave no indication that the parent’s child was in trouble, is also the fiance’ of the turncoat former UFT Chapter Leader Richard Candia.

Let’s dive deeper into this as what I sent this parentwas something of public concern despite the teacher’s affiliation with the man who called in many false investigations against me.

Remember the teacher that sent your son to summer school. She has returned and is teaching with an expired license. See attached. Just an FYI.

Now let’s step back and analyze this. A teacher allegedly had an expired license according to the NYS Education Department website. She allegedly taught many students since August 31, 2011 (date of expiration) and apparently sent some to summer school. I don’t know how they can dispute that. Let’s check the same NYSED Teacher Cert Search site again and see what it has today, because according to the SCI report, that this was referenced in, she was licensed and the site was not updated. 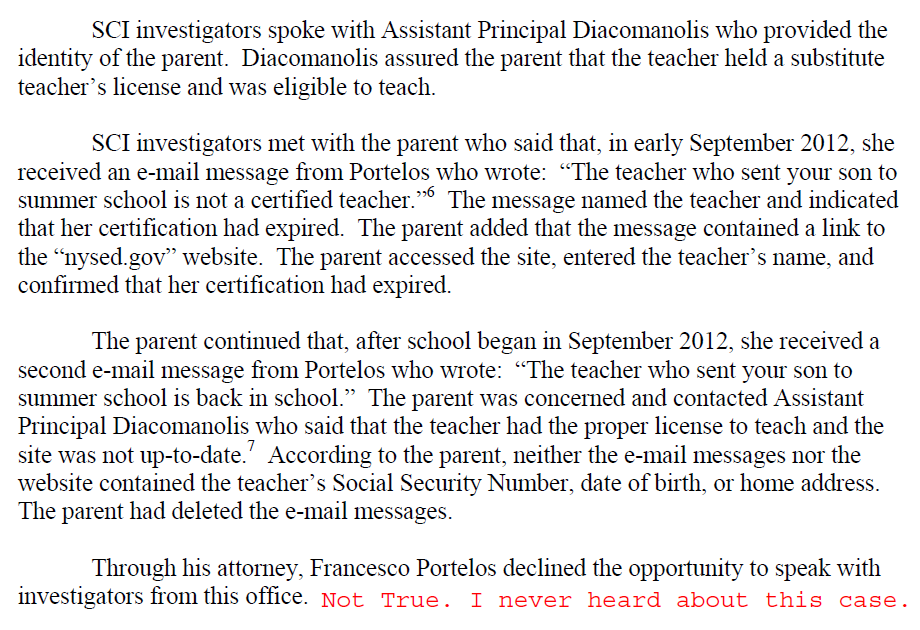 Now look at what NYSED has today in thepicture below or use the link here for your own search:http://eservices.nysed.gov/teach/certhelp/CpPersonSearchExternal.jsp

OR did they know, but ignored it because she was furnishing over information to the administration about the staff

During a seven hour federal deposition my attorney Bryan Glass and Linda Hill had the following conversation:

Bryan: “Are you friends with Mr. Portelos on Facebook”

Bryan: “Then how did you get his private Facebook postings and emails”

Linda Hill: “Teachers gave them to me.”

Linda Hill: “Do I have to say”

either her lawyer or Bryan said “Yes”.

Hmmm… The same teacher who was allegedly teaching with an expired license was a mole for the admin Must be a mere coincidence. Let’s look at the other moles. Susanne Abramowitz was the SLT Chairperson who allowed us to function without looking at CEP and budget as well as have the SLT take place the same time the principal was clocking in for the Achieve Now. Richard Candia was the former chapter leader who prided himself in never filing a grievance against Linda Hill, and was able to leaver early for his landscaping business. Ms. Ibrahim was given School of One Per session over the summer when other paraprofessionals complained they were not offered it.

The strange thing is that around the time this parent and I had this communication, teacher Jennifer Wolfson was yanked out of the school. I believe she was out for many weeks and came back as a substitute. Not really sure, but she was not listed as a UFT member on my Chapter Leader list. If she was properly licensed as Assistant Principal Denise Diacomanolis stated to SCI investigators, then why take her out

In conclusion I had a private conversation with a neighbor and raised public concern and now I am being disciplined for it. Who will investigate this situation Probably no one.

No Child Left Behind law states:

Highly Qualified Teachers: To be deemed highly qualified, teachers must have: 1) a bachelor’s degree, 2) full state certification or licensure, and 3) prove that they know each subject they teach.

State Requirements: NCLB requires states to 1) measure the extent to which all students have highly qualified teachers, particularly minority and disadvantaged students, 2) adopt goals and plans to ensure all teachers are highly qualified and, 3) publicly report plans and progress in meeting teacher quality goals.

High, Objective, Uniform State Standard of Evaluation (HOUSSE): NCLB allows states to develop an additional way for current teachers to demonstrate subject-matter competency and meet highly qualified teacher requirements. Proof may consist of a combination of teaching experience, professional development, and knowledge in the subject garnered over time in the profession. 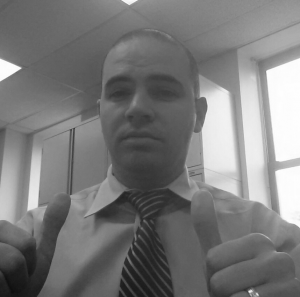