If You Can Read This Thank A Teacher – A City Reader

Today is my 7th day of my Termination Hearing (3020-a). I got out of the subway and ran into a man holding a large sign outside of Tweed (NYC DOE Headquarters). His name is Bill Gunlocke and I spoke to him before and had another conversation today. He tells me that he spends some time holding this sign, outside of Tweed, for over a year. He wants to spark conversation. It’s a good place for it. He also holds it at other locations.

Keep in mind it’s cold outside and only going get colder. 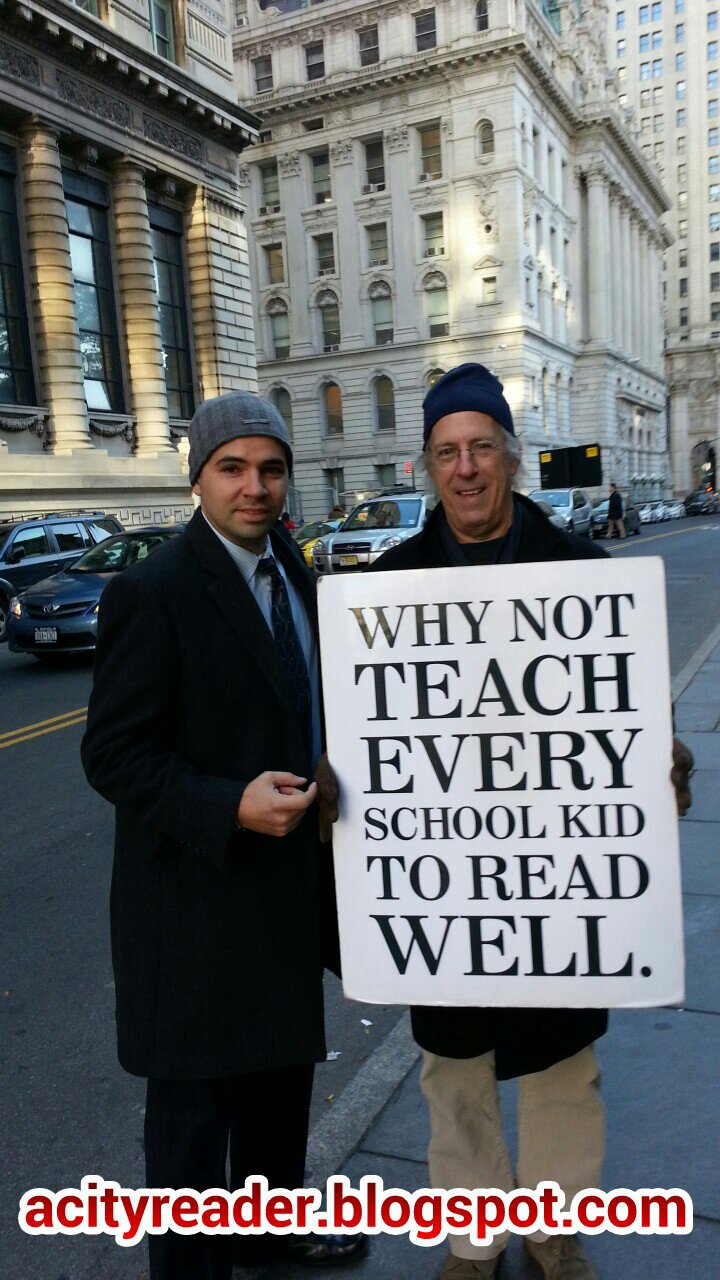 As we took this picture, some guys were driving by in a work van.

Bill turned around to show them.

“If you can read that sign, thank a teacher!” The worker yelled as drove away.

Check out his blog.
http://acityreader.blogspot.com/m=1

Parent and Educator fighting for the student and the teacher.
View all posts by Francesco Portelos →
Tagged  acityreader.blogspot.com, nyc doe, reading, tweed.
Bookmark the permalink.