You don’t have to be a genius to figure out that with the influx of co-located schools and dropping enrollment, the process would eventually hit Staten Island. To date, it was the only borough not to have a new school pushed in (co-located) into an existing. Sure we have the first and only school to close, PS 14, have a phase out process, but not permanent co-location.

For those unfamiliar with the term, it is basically a school building with two or more other schools occupying the same shared facilities. Critics call it a parasite process where spaces like school yards, auditoriums and cafeterias have to be shared. Imagine having several chefs in the same kitchen. Could be a recipe for disaster, OR it could work.

This post isn’t about the fact that it may or may not be a good idea. This post is about the neglect and lack of support that went into IS 49, and possibly other schools, to make room for co-location. 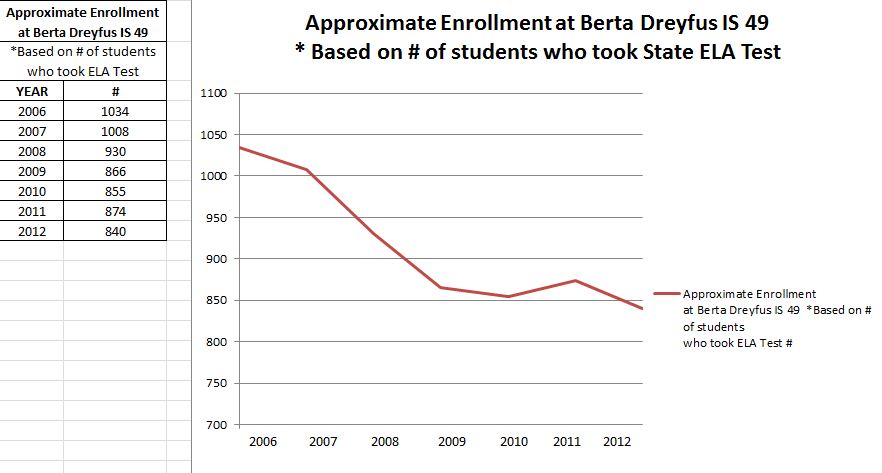 Oh not good with graphs This one is easy. It takes only a few nanoseconds to see that since 2005 there has been a steady decline in enrollment. This year we had about 860 students and in September a new school will open up their doors to a new 6th grade class only 1.2 miles away.

Imagine if that was the plan. Wouldn’t the mess at Dreyfus all make sense now “Let’s let the school run into the ground making way for a new school.” I have to hand it to them. It’s definitely cheaper to let the school run itself into trouble than building a new facility. Bravo. The timing in the graph above makes sense as well. If the expectation was to put people in place and expect failure then this chart below would also make sense…no 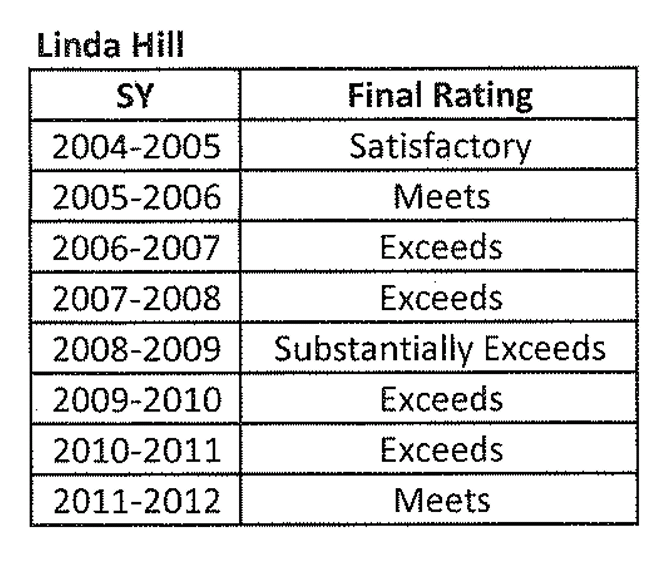 In this June 6, 2012 CEC audio clip Superintendent Erminia Claudio states that suspensions were down in 2012. Were they

The reported incidents at IS 49 are actually an inverse graph of more neglect.

Where are the District Safety Directors Oh that’s right, they are helping cover up the numbers to make themselves look good. Frank Jordan, I am still waiting for responses to my emails. 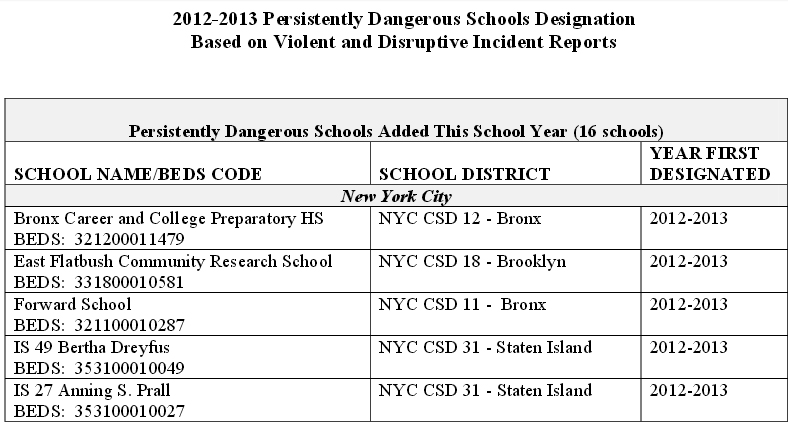 “We are aware of the issues at IS 49 and are working closely with Tweed to resolve them.” Chancellor Dennis M. Walcott, PS 58 Townhall CEC meeting June 6, 2012. [The same day and teacher and assistant principal were attacked and incidents were at an all time high of 1283]

From the CEC minutes here:http://cec31.org/documents/minutes/CalJun-06-12.pdfyou can see this was stated by the president: “It was nice to hear the Chancellor say so many nice things about IS 49. Superintendent Claudio added that many programs are being used in IS 49 to help students-in-crisis. Although IS 49 does have challenges (low-income area and neighborhood crime), there are so many good things to going on at IS 49.”

Maybe too little too late

Below are some of the countless texts I received from parents and staff at the school this year while I was exiled 20 miles away for raising concerns. 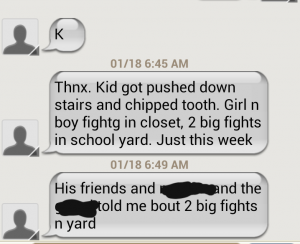 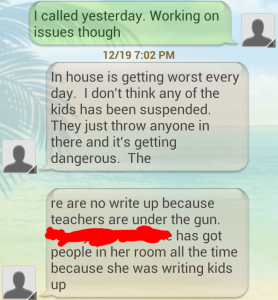 How did I know It came from analyzing trends. The writing was on the walls. There had to be a reason for the neglect.

What happened in the last year since that statement…..nothing. Nada. Zilch. They ignored the school, because if they didn’t, enrollment may increase and there wouldn’t be 325 seats available. Neglected…countless students have been neglected by the people paid and put in place to educate them. No, not the teachers and paras.

Who else did I inform about this neglect Oh just about everyone from the CEC to the politicians, to Tweed and press. No response, no help, no life saver. Neglect pure and simple.

See article in the newspaper

See also letter from CEC President about upcoming July 8, 2013 meeting at Petrides. The District 31 CEC has had a long stance against co-location and would be interesting to see if the support or fight against this. See also their minutes here:http://cec31.org/documents/minutes/

I am writing to make you aware that the Department of Education intends to co-locate three new schools within three existing Staten Island school buildings: IS 49, IS 2 and PS 16. A new high school is being proposed for placement within IS 49, while IS 2 and PS 16 will be split into two smaller schools with the same school zones, serving the same student population.

As usual, there are questions and concerns when DoE plans to make significant changes to our school community. To answer some of these questions I will share some information that has been given to me.These co-locations are part of what the DoE is callingtargeted enrollment reduction. In the case of IS 2 and PS 16, the DoE believes that a smaller school provides a better learning environment for its students. The DoE also believes that adding a new and exciting high school will help the community of IS 49. There will be a public hearing held at each of the proposed co-location sites. ThePanel for Educational Policywill have the final and only vote on these co-locations in October.

I have invited Emily Ades, of the DoEDivision of Portfolio Planningand Savita Iyengar, theDirector of Staten Island Planningto attend our next CEC meeting onJuly 8th.This is an opportunity to get a better understanding of why the co-locations are being put forward and how these proposals would be good for our students. I have asked Ms. Ades to provide data from other co-located schools that show how this plan has worked elsewhere. Our public meeting will be onMonday, July 8th from 7:30pm to 9:30pmin room 118A at the Petrides Complex.

Dont let anyone else tell you what is best for your child. This may be an opportunity that benefits your child; progress can mean trying something different. In the end it should be parents who decide if this is a good idea – not the DoE and not the UFT.

The New School Down The Blockhttp://educatorfightsback.org/the-new-school-down-the-block/

I am glad that PS 71 is opening up. I know the parents from PS 48 are probably happy that they don’t have to send their kids to IS 49, but don’t think the kids from 49 won’t be going to PS 71 as well. ALL STUDENTS and ALL SCHOOLS need support.