Over two years ago many were telling me I would never teach again.  People I knew and strangers, who read that I had been exiled  to the notorious rubber room, agreed I was up against the system and my chances of surviving were slim.

There are many reasons I survived and won. Mostly because of the support of all of you.

Once, a then stranger sent me this email:

” Finally, remember the names of the lions at the main library: Patience and Fortitude.”

I feel like I exhibited both those qualities to fight this machine.

Here is a sign I used to have up on my old classroom door. 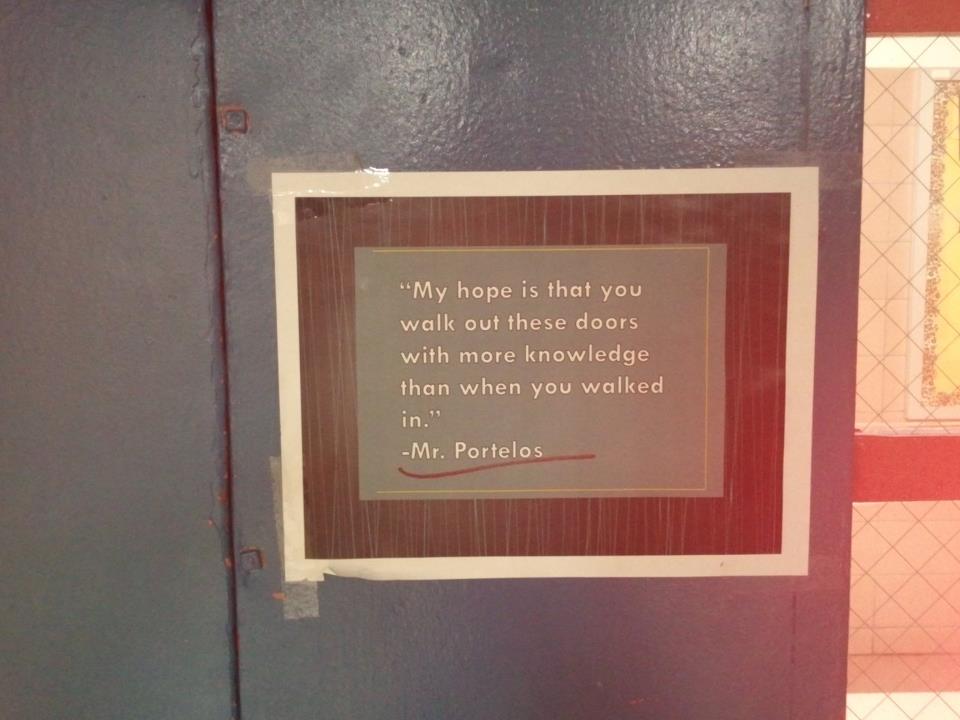 That sign,  along with all my personal items were held captive by Principal Linda Hill and the  DOE.  They wouldn’t allow me to go in and get them,  so I sued them and took them to Small Claims Court.  The day before the hearing 8 large boxes miraculously appeared in front of my house. Luckily that sign was in there as well.

The other day a new colleague from my temporary school told me she read my blog and thanked me for my fight. “Seems like you’ve been burnt by the system.” she said. Without missing a beat I quickly responded “I don’t know if it is that I was burnt or ignited.”

Well after two and a half years of fighting to teach students again, I’m doing just that….teaching….and I love it.

For the time being I was given 10 science classes, 3 health and 9 Italian classes. At first I was like “What the what” I have over 420 students on my roster. Then I quickly realized this is a walk in the park after what I went through and welcomed the challenge. As you may have read, I don’t speak Italian.

I’m happy to say that the sign is back up! It’s right where it belongs. Neatly placed on the back of a classroom door of Mr. Portelos’ room. 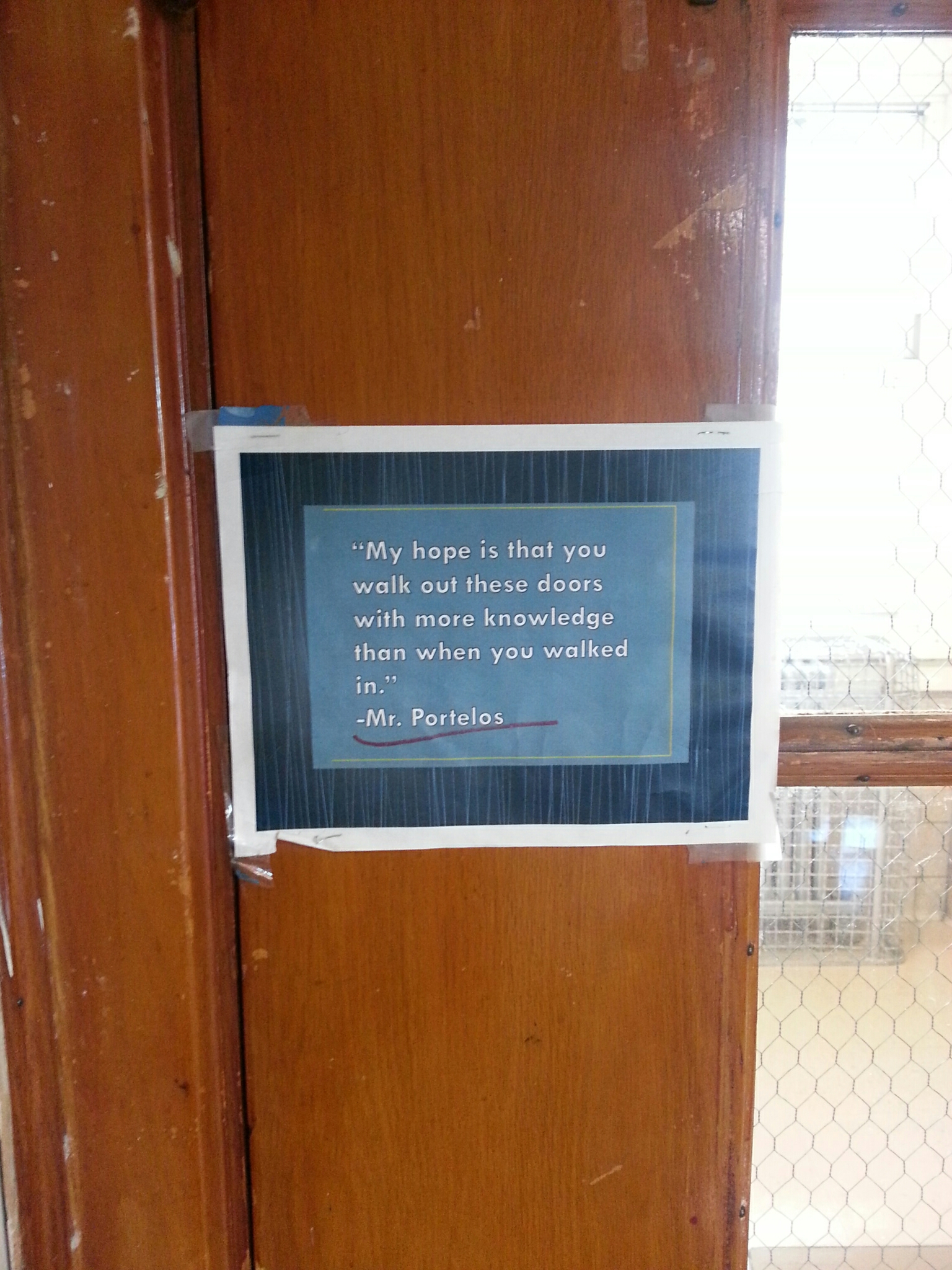 Like I wrote on my website over two years ago, and Norm Scott wrote on his site on March 20, 2012
“You can’t break Portelos!”

Over the weekend I emailed over 200 parents to introduce myself. I received some great feedback from them including 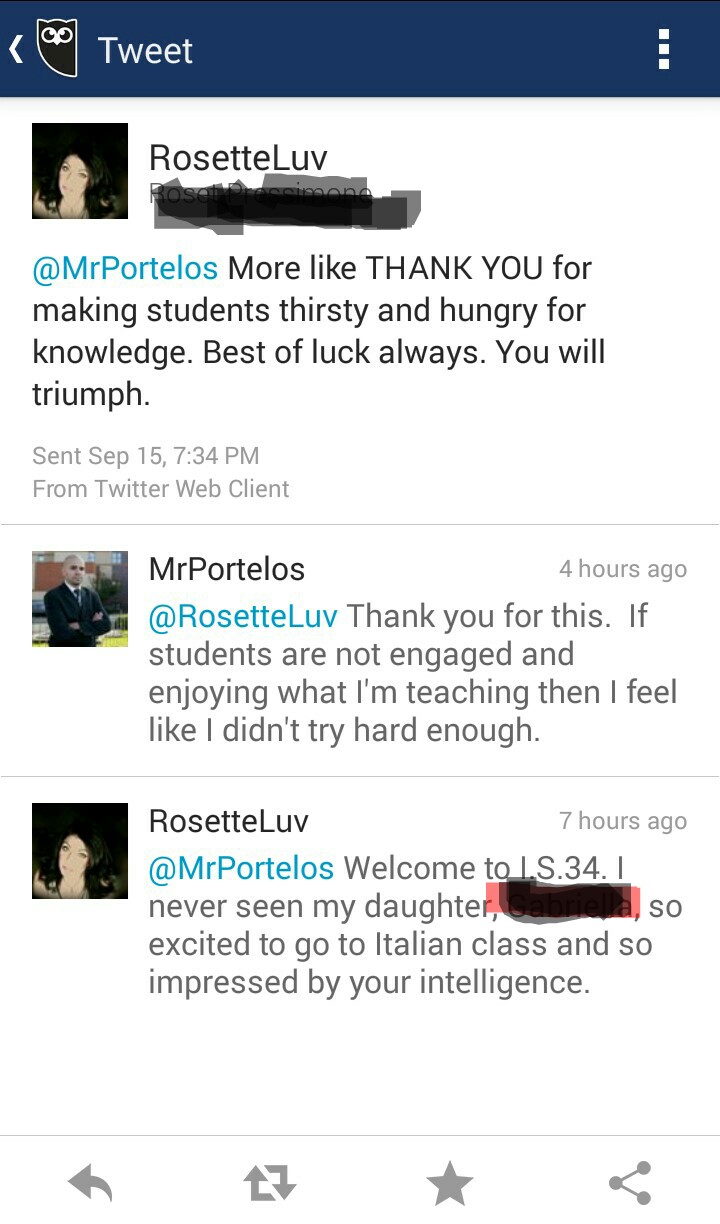 Just wondering if the DOE is going to let me teach or do they want to go another few rounds. Something I’m more than capable of doing. Their call.

In the meantime I’ll keep trying to build Don’t Tread on Educators group with many others. We are also working on creating a new powerhouse caucus within the UFT.