The Three Rs of American Education- Rubber Room is Retaliation

Current cost to taxpayer for exiling educators in NYC June 2013: Over $51.6 Million

“Fire Them!” “Fire All of Them!” say the taxpayers carrying pitchforks and torches about the many, many educators exiled to the infamous Rubber Rooms. This was even stated to me by the president of Staten Island’s Community Board 1 after I raised concerns in a meeting.

Was I one of those pitchfork bearing taxpayers before I was in my current predicament sitting in the new Rubber Rooms Umm kinda maybe, but not really that bad.

In the Spring of 2012, Chancellor Dennis Walcott decided to flex his muscles and came out publicly naming eight educators who were alleged to have engaged in sexual misconduct with students. I read these articles below a month before my own banishment and thought to myself “Yeah…these are the people they need to go after. Not me.”

Here is where it gets interesting.

NOTE: Now I do not support pedophiles and don’t think they should be near children, but if my own experience taught me anything it that you can’t trust SCI, OSI, OEO or everything in print. See below.

“Mr. Walcott ordered a review of all substantiated cases of misconduct since 2000. Out of that batch, he analyzed 230 to 250 cases which were deemed to be potentially sexual in nature. He then made a judgment call a threshold Im setting, he said in singling out the eight school employees he believed should be fired.”

I happened to have had the pleasure of being reassigned with two of the eight. I mean that. It was an honor to meet and talk to and learn from:

-Reynold Batson, a science teacher at PS 345 in Brooklyn, who pointed a video camera at boys using the urinal in a school bathroom in 2010.

– Delroy Giscombe, a gym teacher at A. Philip Randolph High School in Manhattan, claimed he was inspecting girls’ outfits but was really ogling their breasts and behinds.

“Portelos…are you sure about this” Yes. As you may have just read about and judged them I spent months with them. Who is a better judge

Let’s start with Reynold Batson. A man I met in a small basement room with two gated windows we were exiled to just before he retired. See pic below. When we first exchanged the prison-like “What are you in here for” talk he said to me, and I’ll never forget, “They can make you a prisoner, but not of your own mind. Don’t let them.” He went on to tell me his story a few weeks later. I had Googled his name and read the articles above. 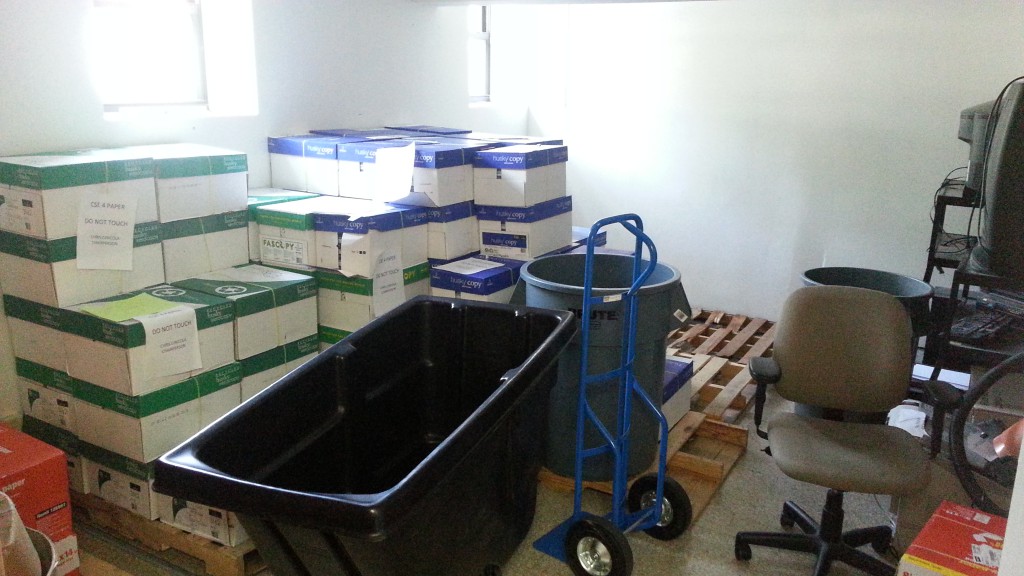 He was a science teacher. He had a classroom and he had a locker. He walked from his class to his locker one day and held some books or papers and a camera. Remember, a science teacher. He walked past the boy’s room and heard a ruckus behind the door. I quote him “Portelos…had I been anyone else…had I not cared for the safety of those children, I would have kept walking. I wouldn’t be here today and had you not cared you wouldn’t be here.” Batson was a preacher. He preached at a parish and this media blitz on him barred him from some events. In any case he walks back to the bathroom, holding his papers and camera. Walks in and yells “What’s all this ruckus” Perhaps there was horse play. Perhaps there was bullying or gang violence. Who knows. In any case the boys were caught engaging in misconduct and one yelled “He’s taking pictures of us peeing!” Outside another educator overheard and reported immediately to the principal. Note that Batson was the Chapter Leader and later on the person who reported him became the Chapter Leader.

Batson was called in and a hearing was done. Investigators were called in and proceeded with an investigation. This happened in 2010 and Walcott yanked this man in 2012. I asked Batson. “You ever see your SCI report” He replied “No.” and added he was never even requested to speak to any investigator in those three years.

Well I FOILed his report and it was sent to me after Reynold Batson could wait for this case no longer and retired. Here is an excerpt. 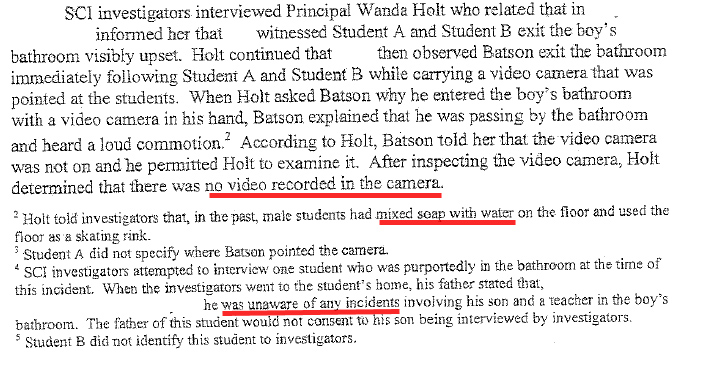 Great Job Chancellor Walcott and DOE attorneys involved. An innocent man was paid top salary to sit in a Rubber Room instead of educate the students in science.

Delroy Giscombe was an ex military soldier who used his disciplinarian type personality to curb violence and gang issues at troubled Phillip A Randolph High School at 135th St in Manhattan. For some reason his agenda interfered with that of the administration and they started to build a case against him using frivolous charges.

To show you how much a small world it is, I was at a February 2012Super Bowl Party with one of his administrators, Gerry Menegatos. At the time I was neither exiled myself nor did I know Delroy Giscombe. I had been under attack and when Gerry Menegatos was introduced to me as DOE, I shared my story with him. I don’t know why he told me the following, but I remember it clearly. Perhaps it was the beers. He said “Yeah I was an assistant principal and I would make believe I was friendly with the teachers and then F– them over” he exclaimed while making a fisting motion with his arm. I didn’t know this guy, nor his school, nor the teachers, but I thought to myself “What garbage is that” while I was thinking of my own colleagues who threw me under the bus.

That was February 2012. Fast forward to September 2012. Delroy Giscombe is moved from one reasignment facility and placed at mine. After a few days we do the usual “What are you in here for” and he shares his story. Now as he went on to tell me his story, on my desk I had some file my attorney gave me to review. One was about some issues at Randolph HS. I picked it up and showed him. I started replaying the story with Gerry Menegatos and Delroy’s story. I asked do you know Gerry Menegatos “Yeah..he’s a great stand up guy. Very friendly with us.” Delroy responded.

“Uh oh” I thought. “Delroy are you sure, because this is what he said to me at a Super Bowl Party in February…” I retold the story about screwing over teachers and he told me “No way. Not Gerry.”

Now it’s October 2012, a month later and Delroy is slated for termination. I had recommended he talk to Betsy Combier and he hired her and her attorney. I get the following text from Delroy: “I’m at the hearing and guess who just came in to testify against me…Menegatos” Yup the same AP that months before told me he was befriending teachers and then screwing them over.

I was then subpoenaed to testify about what I heard. ATU attorney Nancy Ryan flipped her lid and my short testimony then became a whole deposition about me and the DOE without even concentrating on Delroy. It was actually quite humorous.

Turns out Delroy was found innocent of all bogus sexual claims against him and was fined 6 months suspension with no pay. Ogling girl’s breasts He was a physical education teacher and he told a young lady that her clothes were not to code and they should be looser, not tighter. I can understand if he said the opposite.

WHERE ARE WE NOW THREE YEARS AFTER THE RUBBER ROOMS WERE “CLOSED” BY THE UFT, DOE AND MAYOR BLOOMBERG.

It’s ugly. You sure you want to keep reading

In October 2012 I live streamed from my exile and the return of the Rubber Rooms hit mainstream media. The DOE put out a press release that there are currently 220 reassigned employees doing work. The Huffington Post and Daily News pointed out that it was costing the taxpayer $22 Million.http://www.huffingtonpost.com/2012/10/16/rubber-rooms-in-new-york-city-22-million_n_1969749.html

At the time they stated there were 220 of us, my current location housed about seven that I could count. They are sneaky and mix the exiled educators into the Children First Network offices, so it’s hard to tell who is who.

Now since October I saw the number of educators in exile more than double here. Some simple math and using some extrapolation of data tells me that this was across the city. I attempted to get accurate numbers from both the DOE and the UFT as I predicted about 450 across the city. The DOE would not tell me and neither would Leroy Barr, UFT Director of Staff. I’m not surprised.

Just this week I was making some calls to Tweed and Chambers Street about some own personal info I needed. Here is how the conversation went down:

Me: “I need —-papers from September to now.”

Employee: “I can’t give you that. You know how many reassigned teachers there are”

Me: [fishing] “I heard there are 450 reassigned employees.”

Employee: “Way more than that!”

Average teacher salary is $75,000. Let’s use that number even though some reassigned employees are administrators making over $120,000. Let’s use the number 500 since it was “way more” than 450.

Speaking of firing innocent educators, see how many millions that costs.

Rise in cost to terminate an educator.

How much does it cost the students in the form of an education “Students Mr. Portelos Children First. Always. is just a saying…children are not factored into this.”

I’m out 420 days for allegedly hacking, staying late and running a real estate business AFTER I found misconduct.

The girl in the next cubicle, a lead teacher in her school, is out since February and doesn’t know why. UFT won’t return her emails.

No wonder the other countries are destroying us on the education front. We are full of high stakes tests, bogus evaluations and look where we have our educators sitting…. 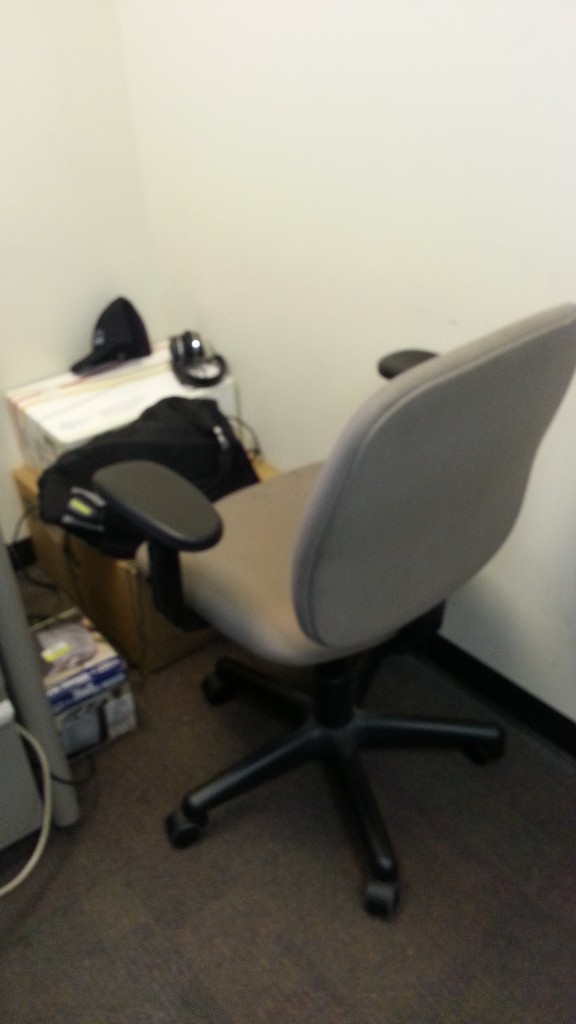 Wake up citizens…this is not an accident. This is on purpose and equivalent to medieval times when heads were put on steaks around town. “Oh you want to speak up and blow the whistle Question Authority Then you’ll wind up in the Rubber Room like Portelos and all the rest.”