500 days ago… January 30, 2012… they made the decision to come at me. Who is they Many are faceless and hiding in Tweed, Chambers Street, Queens Plaza North, District offices etc. Some I have smoked out and written about on this blog and some I am keeping my eye on and not mentioning at all. What was their plan Termination. They should be pretty angry with Principal Hill as she probably didn’t warn them about my tech skills or my “guts”. At one point during a professional disagreement in her office, Principal Hill turns to me and says “You know Mr. Portelos, I may not like everything you say, but at least you have the guts to say it.” She also told me “…we are going to come to a point where we have to cut the fat from the meat.” I guess she meant me.

Today is day 500. Five hundred days since the call was made to terminate me and like a “Tech Gadfly“, as the Staten Island Advance called me, here I am. NOT TERMINATED. Just to remind them that I am still here, I sent the top, top DOE employee an email today. Walcott No come on. Walcott is a figure head. He is a name they give so parents at rallies can have on their posters. To me it didn’t matter if it was Dennis or Cathy since before Joel departed, he made sure he had his legal department set up to run things. I instead emailed CJC. (Who by the way sounds too polite and professional on the phone to be making such bad decisions.)

Ms. Courtenaye Jackson-Chase,
I hope this email finds you well. Please see this page from my blog below. As a taxpayer, parent and educator, I find it very disturbing. What I find even more disturbing is that the NYC Department of Education has allowed, if not helped, this to occur and continue to occur. Children First

I have BCC’d more people than I can count on this email. Including group lists, the people copied is in excess of 800. Don’t you love technology I do, because without it you and your fellow DOE attorneys and officials would have squashed me a long time ago, like so many fallen educators in the past. No blog, no live streaming, no social media, no emails I would have been done shortly after the call was made to terminate me on January 30, 2012.

Exactly 500 days later and here I am. Not terminated and writing this and, sharing this with just my smartphone and my right thumb. Imagine that capability all from the cubicle you helped me get exiled to. Imagine Nelson Mandela had Twitter access during his 27 years of imprisonment. What would his tweets look like

I feel like I have a lot of answers, but not all. What fellow colleagues, the public and I wonder is how can there be so much evidence showing misconduct and the DOE looks the other way Is it because our principal is from the Leadership Academy Is it because she is on the chancellor’s committee or the mayor’s task force Knows Deputy Chancellor Dorita Gibson Perhaps simply because the DOE can’t allow this exiled parent and teacher to be right.

Eagerly waiting to see how this show, that has put students education last, ends. Maybe when you realize I’m not another educator you can squash, but rather a concerned parent working on the inside.

Admin’s “Not So Confidential” Emailshttp://wp.me/P31ecs-B0

-Francesco Portelos
mrportelos@gmail.com
educatorfightsback.org
Parent
Educator
UFT Chapter Leader IS 49
In the end, we will remember not the words of our enemies, but the silence of our friends. -Martin Luther King Jr.
*sent from my Galaxy S3. Please pardon any typos

My Samsung Galaxy phone and my right thumb. Uncovering misconduct and sharing it with my left hand tied behind my back. 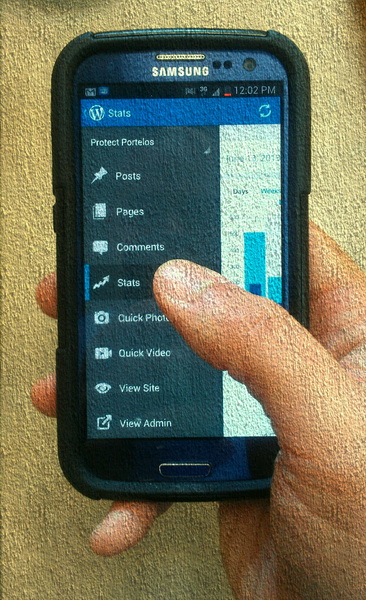 Parent and Educator fighting for the student and the teacher.
View all posts by Francesco Portelos →
Tagged  Courtenaye Jackson-Chase.
Bookmark the permalink.