I’m re-posting the article I wrote about the complaint I filed against the UFT for unfair representation. I have included the letter from PERB below, that states it has been scheduled for a conference and a date is set, followed by the original article. 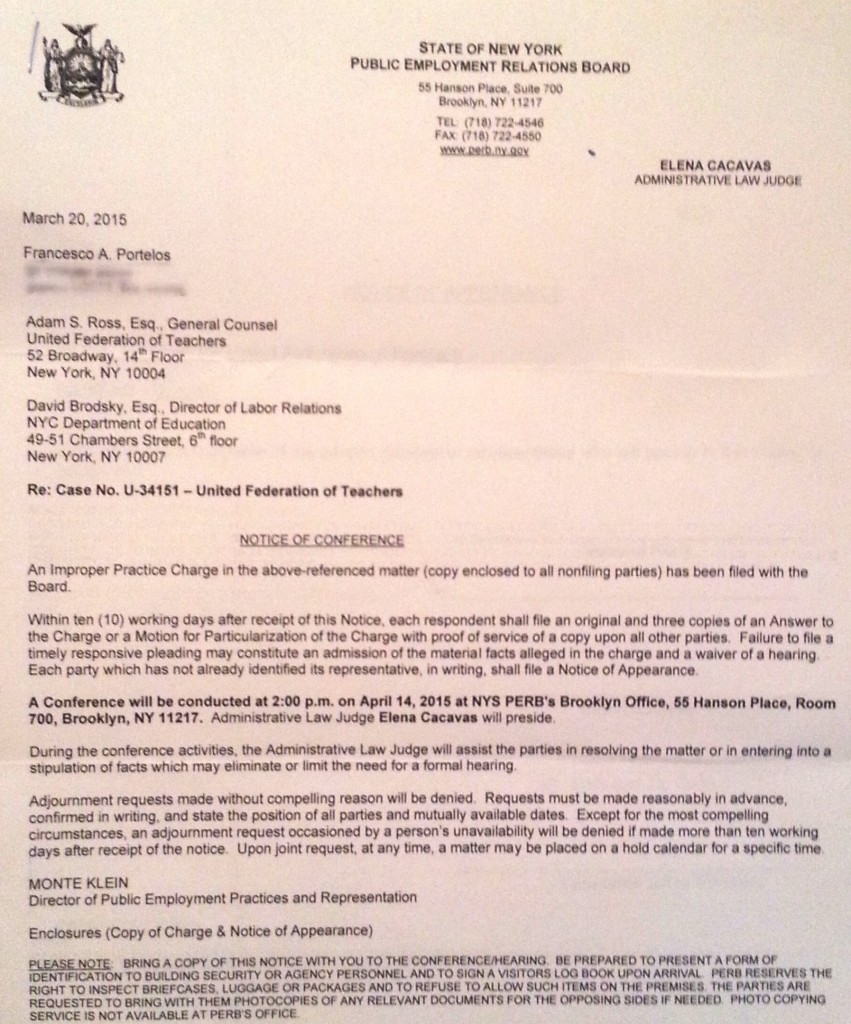 For three years my career has been under attack. My name and my reputation smeared. Those who know my story know the fight I have fought against a very corrupt system. However, even if you have read ever single character I have placed on this site, Facebook and Twitter, you still would not know everything. Especially not the fighting behind the scenes. I don’t mean just with my employer, the New York City Department of Education, but my union representatives.

Since I started teaching in 2007 I have been a member of the United Federation of Teachers  (UFT) union. I have paid a monthly fee for being a member. Do you know what else I have been paying for monthly Roadside assistance.

In both cases I spent most of my time not needing to call either. I still paid both regardless. However, when I did have trouble with my car, I made a single call to AAA Roadside Service, and I received immediate…wait for it…assistance! I wish I could say the same for when I reached out to the UFT.

[Disclaimer: I did not, nor do I intend to, launch any real ballistic type missiles or any such explosive or damaging weaponry. There is no need to falsely arrest me again for blogging. Once is enough. It’s a figure of speech. ]

Many UFT members do not know that if you feel retaliated against because of your union activity (grievances, chapter leader/delegate positions, asking for curriculum etc) you can file a complaint with the NYS Public Employment Relations Board (PERB). It’s free and you can find out how to file here: http://solidaritycaucus.org/how-to-file-a-perb-complaint-for-union-activity-protection/

Many members also do not know that under the Taylor law, the employee organization (union) has an obligation to fairly represent its members. Should they fail to do so, and/or act in bad faith, members can also take the union to PERB. One needs to go no further than my inbox, or this link, to see that our union needs to, nay MUST, be stronger. http://solidaritycaucus.org/repreview/

Below is my very detailed, and well documented, case against those who are paid to represent us and unfortunately do not. I dare anyone, from supporter to foe, friend or colleague, on or off the UFT payroll, or otherwise, to read these pages and tell me that I should not have engaged in this complaint. I actually believe I should have done it sooner. Based on the reactions from the many members who have already read this already, many will be following suit.

Note: This is not an attack on the UFT, nor the notion of a union. I’m a strong believer of unions and their place in defending the working class. This country was built on the labor of countless. They need protection, not corruption. Thank you to the many union representatives who work hard and do defend their members. 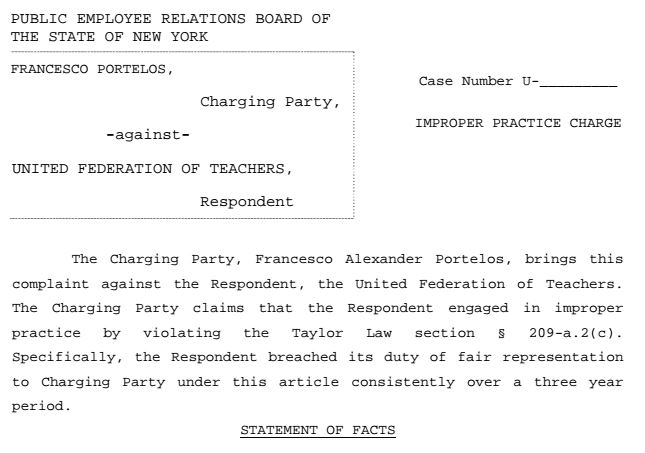