I was doing some work outside my house a couple of months ago when my neighbor drove by in her Jeep. The tires screeched and the Jeep reversed. She gets out and says “Francesco, my uncle really wants to meet you.” From the passenger side out pops Bobby Provenza, seen in the video below. I didn’t know him at the time, but he told me he was a veteran music teacher who was exiled to the infamous Rubber Rooms after speaking out against Leadership Academy IS 228 Principal Dominick D’Angelo. Bobby told me a group of railroaded teachers look up to me and he had a print out of me from the newspaper. He wanted me to come over and meet his wife, who is a big fan. You could imagine my surprise as I feel as though I am just a mild mannered, middle class parent, who happens to be a teacher, who just happens to be fighting for the rights of students and educators. I don’t think I am doing anything special. When I did find the time to go overI thought it was quite amusing that they asked me to autograph the newspaper clipping. Bobby and his great wife showed me their scrapbook that chronicled the harassment Bobby had to go through. It boiled my blood as do the countless stories I hear from educators from across the country. See more stories here NYC Rubber Room Reporter and EndTeacherAbuse.org

I was asked to attend a rally outside David Boody IS 228 today June 10, 2013 and made a short detour on the way to my own Rubber Room on my 411th day. You can watch the rally here.http://brooklyn.news12.com/news/former-i-s-228-teachers-aides-protest-against-principal-claim-wrongful-termination-1.5446990firstfree=yes

What really annoyed me is that even though today’s forecast was for rain, in a textbook style bullying tactic, Dominick D’Angelo turned the sprinklers on full. Almost like a kid kicking over an anthill, watching the ants get back to work and then kicking it again. By time I got into my car and drove two blocks, it was already raining.

From what I gathered Principal Dominick D’Angelo has been responsible for pushing out a whopping 50 teachers out of David Boody IS 228. That is a number I have not verified, but we can look on the school’s website and click Accountability Report and see the turnover rate jumped up to 33% in 2010-2011https://reportcards.nysed.gov/files/2010-11/AOR-2011-332100010228.pdf

As I started driving back towards my own exile location I thought, what similarities does this guy have with my own Principal Linda V Hill.

1. They are both products of the infamous Leadership Academy.http://gothamschools.org/2012/11/15/in-a-change-city-is-steering-aspiring-principals-off-the-fast-track/. I wonder if that is where he picked up the sprinkler bit. ED 223 – Breaking Up Rally Tactics.

2. They both have had a part in pushing out or excessing teachers. I think we had 7 or 9 leave in just one year at IS 49. Not fired, but actually jump ship.

3. Per session overtime. I thought my principal was making a killing in overtime pulling in nearly $40,000 in three years, but then I went to www.seethroughny.netand found that D’Angelo pulled in over $60,000 in just three years. Is this a Leadership Academy perk Someone should investigate that. Me No, I don’t have time for that.

I am curious what program they have that allows so much per session to be obtained for a managerial position.

See video from one of these exiled educators: 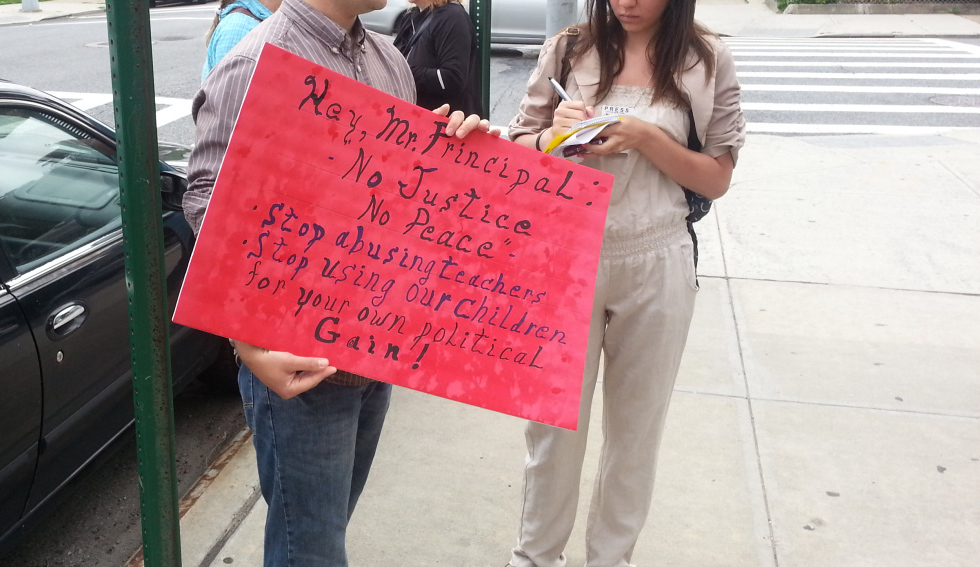 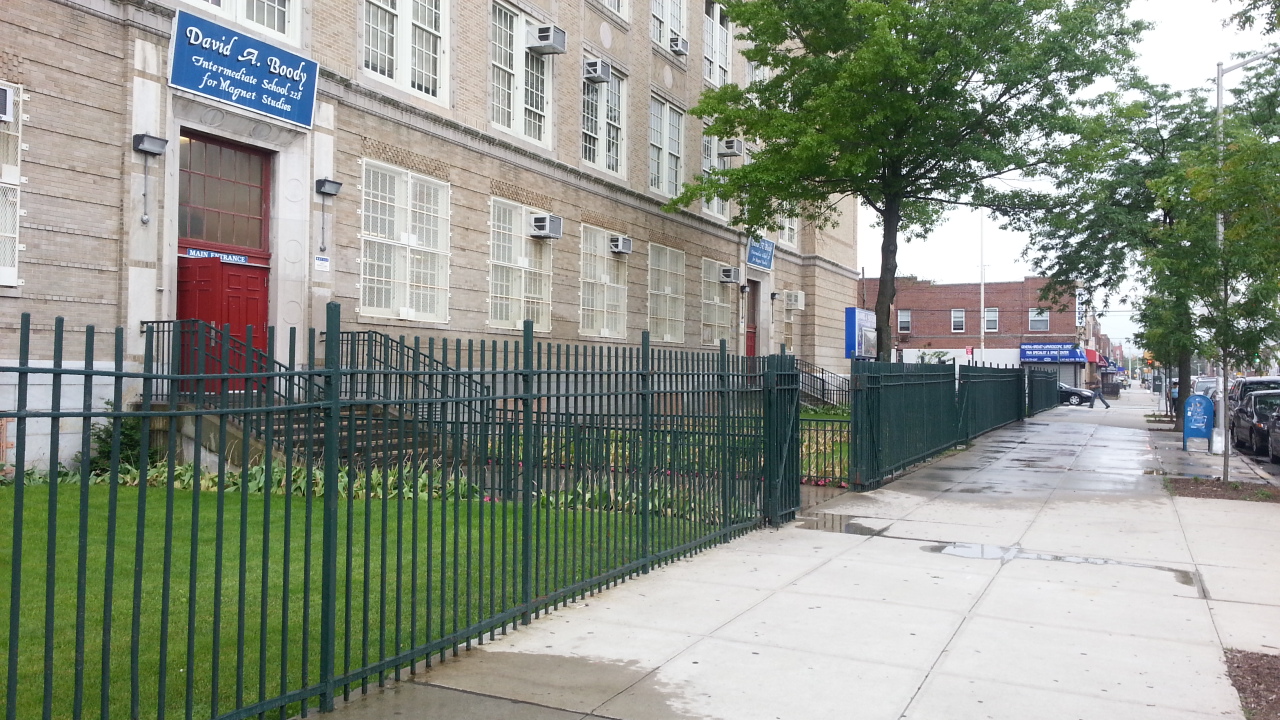 Principal Dominick D’Angelo has sprinklers turned on educators rallying outside his school -June 10, 2013 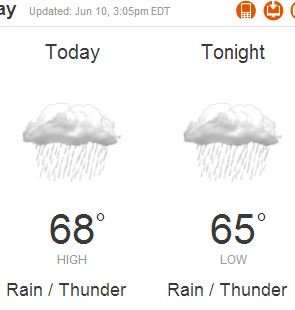 Dominick D’Angelo….Don’t Tread on Educators. Those still in the building should read up on my Educator Survival Guide