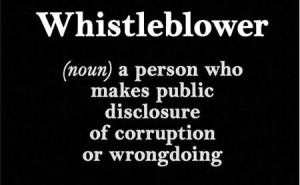 With a budget of $25 billion there is plenty of room for corruption in the NYCDOE and those who uncover it are not protected. This has to change.

More and more NYCDOE employees reach out to us for assistance in fighting back retaliation after they raised serious concerns in our schools. By “us”, I mean the groups I helped form ( UFT Solidarity Caucus, Don’t Tread on Educators) and my attorney Bryan Glass, Esq.

The members tell us of their visit to Special Commissioner of Investigation Richard Condon’s office and how they attempted to obtain Whistleblower Protection. They were ALL denied protections. There is always one common denominator in the story though…attorney Daniel Schlachet.

Daniel Schlachet doesn’t work alone though and pretty much the whole office is the same as it was under Mayor Bloomberg.

In fact, since 2006 over 207 NYCDOE whistleblowers tried to obtain Whistleblower Protection and according to Daniel Schlachet ZERO deserved it. I guess as all of them “just had it coming” and their speaking out has nothing to do with their supervisor’s subsequent retaliatory acts. See Part 11 of my SCI series.

What we are doing now is collecting these whistleblowers and their stories in order to take action. If you fall into this category, please email me at Mrportelos@gmail.com

Also see today’s Sunday news where we are sure this principal will not obtain any whistleblower protection either.