Caption Contest: IS 49 Principal Linda Hill and mentor Chancellor Faria months after she was found guilty of stealing 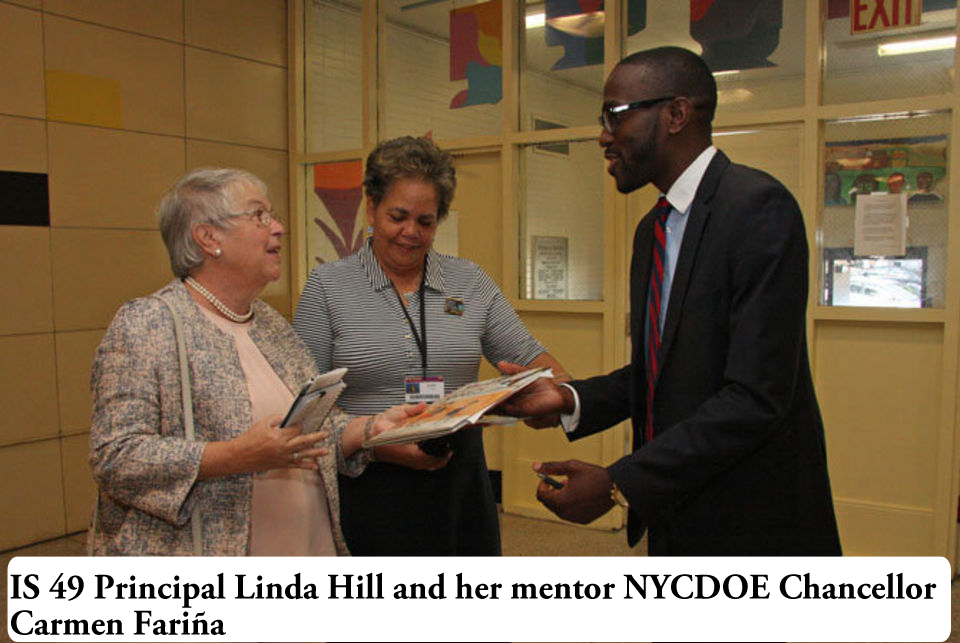 A 900 day investigation, that was completed in October 2013 and finalized in July 2014, found IS 49 Principal Linda Hill guilty of defrauding the government. Her double dipping practices are a Class E felony. The fraud she committed as a public employee is also a misdemeanor. No discipline has been doled out and she continues to be principal with access to a $7 million budget.

The photo above was taken months after the final report was issued as Principal Hill’s mentor, Chancellor Faria, commends her on her work.

I’m having a hard time captioning this photo. Can you help