You might have read last month that I became the subject of an investigation by the UFT Executive Board. Apparently I committed the heinous crime of trying to reach out to UFT members. More specifically some of the 3,000 private nurses the UFT represents. I am running to be their president after all.

After some peculiar speeches were given by executive board members Anne Goldman and Howard Sandau, I wrote up my recollection of what happened here: UFT Leadership Takes Steps to Expel Mulgrew Challenger from Union Before Election. If you haven’t read it, you should take a moment before continuing with the post below.

I wound up not hearing anything about the investigation for weeks after that post. Despite their demands for us to “cease and desist” from communicating with nurses, we called their bluff and continued to reach out. Why not The nurses deserve a stronger union too. At one session outside Staten Island University hospital, we spoke to over 30 nurses and they weren’t happy with their representation. They were interested to find out more about UFT Solidarity.

A few weeks ago I went to visit my grandmother who was recuperating at Lutheran Medical Center in Brooklyn. The nurses there are also UFT members. Obviously I sparked a conversation with them. One of them directed me to the staffing room for the nurses. I assumed it was something similar to a teacher’s lounge. As a went back-and-forth across the lobby of Lutheran Medical Center, to find the staff lounge, I realized I was being followed by a woman. She followed me down a corridor. Every time I turned around she stopped to make-believe she’s reading something on the wall. She then followed me into the staffing room. I was told that I’m at the wrong place and as I left I heard them say  “Goodnight Rene.” This woman Rene left right behind me and followed me down the corridor back out to the lobby. As I turned around I could see that she was pointing her phone’s camera at me. When I stopped to talk to her and ask her if she’s a nurse, she quickly turned the screen away from me. I’ve been around the block a few times and have done my share of recording, so I kind of know when it’s being done.

I pulled out my own phone and looked up the list of Lutheran UFT representatives. There was a name at the top. The chapter leader was named Rene Setteducato. I stopped and asked her if she is this Renee Setteducato.

“No I’m not.” she responded, now walking past me with her phone turning away from me and being kept close to her chest.

She begins to go into this infomercial speech about how she is in fact a nurse, the nurses there “love” the UFT and have a “great relationship with management.” When I told her the Staten Island University nurses were unhappy, she told me to “get my facts straight.”

“This is definitely Renee Setteducato.” I thought to myself. She sounds like a Unity caucus representative. When I questioned her again, she said that she can call Renee. I should have pushed her to because in the end it was her all along. I searched her name and found this: 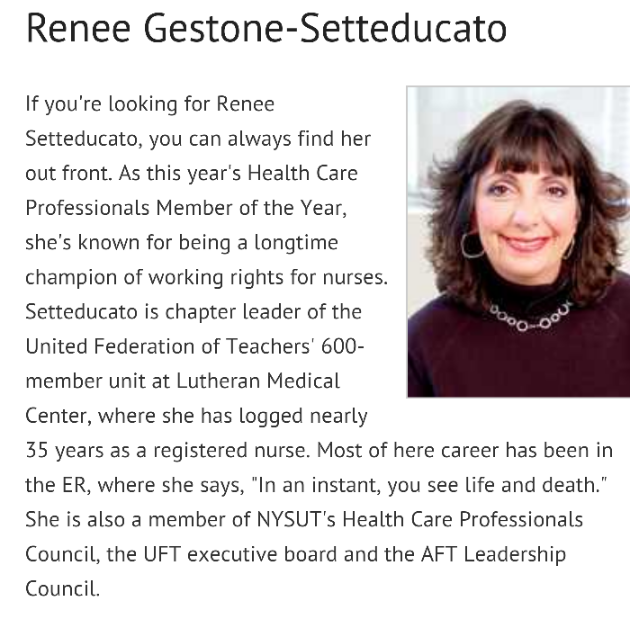 I laughed when the face matched up. I love technology.

I had some flyers with me and gave her one. She then saw that I noticed a nurse on break came and sat near where we were talking. Before I could give this nurse a flyer, Renee grabbed her and walked away. As she passed security, she stopped to talk to them. I knew exactly where this was going. Do I run out No. I don’t run from anything.

I walked passed them and went to purchase a bottle of water from the hospital cafeteria. When I walked out Rene was walking with the other nurse into the elevator. Security guards looked at me and called me over. “Can I help you with something sir Can we ask your business here”

“I can’t believe she got security involved. I’m here visiting my grandmother who’s recuperating from hip surgery. I’m also running for president of the United Federation of Teachers. I thought to drop off some flyers since we represent nurses here.” I told them.

“Sir, if we see you here again we’re gonna have to remove you.” They stated.

“No problem. I’ll stand outside and find nurses on break coming in or out of the building. That’s okay, correct ”

I left and sent Rene an email. I question why she had security involved and why lie to me stating that she wasn’t the chapter leader there.

To be clear, you were trespassing.
It is my duty to protect the health and safety of our patients from unauthorized strangers.
In addition, you put at risk every Nurse you contacted while they were working. Shame on you.
You are an authorized individual. You are not the Union. You did not have permission to be there.
———————-

After this I attended the UFT Executive Board meeting and spoke in front of some 90+ board members.

“You’ve become too comfortable for too long. The union needs to be stronger. I and UFT Solidarity are here to shake things up and get the union back to where it’s supposed to be. Back to where our retired members had it in the past. We went and spoke to the nurses . They are not happy, so I can see why VP Anne Goldman and others are reacting the way they are.”

Two weeks ago a UFT Solidarity member went to the Westin Hotel in Manhattan where the United Federation of Nurses was having a conference. She was giving out UFT Solidarity campaign flyers and information to nurses as they walked in. Shortly after, UFT members came out and started taking the flyers from the nurses. They shouted at our member.

“Leave our nurses alone.”
“Stop harassing our nurses.”
” ‘He’ [Portelos] was told to  to cease-and-desist.”

Our member was even followed by UFT Executive Board member Howard Sandau. He too is a nurse at Lutheran medical center. It seems like following people is a thing there. 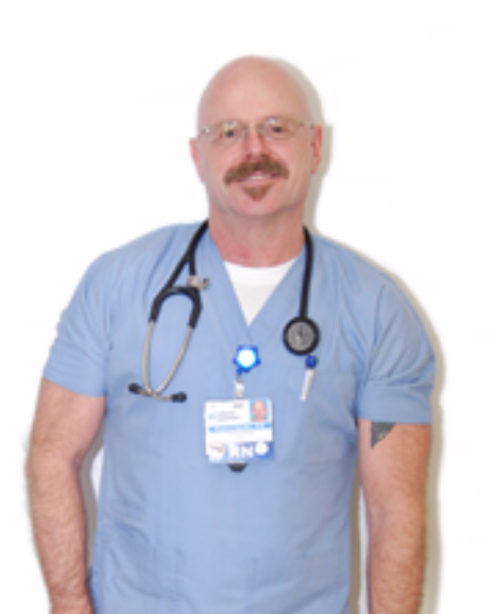 Then Westin Hotel management came out and had our member leave. This, even though she was standing on the public sidewalk.

Last Wednesday I was finally called and asked to come in and answer to the investigation. I was supposed to go in tomorrow, Wednesday December 2nd. However, I did not know what the allegations were. I did not have a copy of the bylaws, or any such policy that dictates how an investigation is conducted and who forms the investigatory committee. I was told that the chances of me being expelled from the UFT, as my previous post had possibly suggested, was unlikely. “That would have to be for something serious.” I was told by UFT leadership.

Today I was informed that I no longer have to attend the investigation conference. I’m thinking it’s done and over with, but we’ll keep you posted. 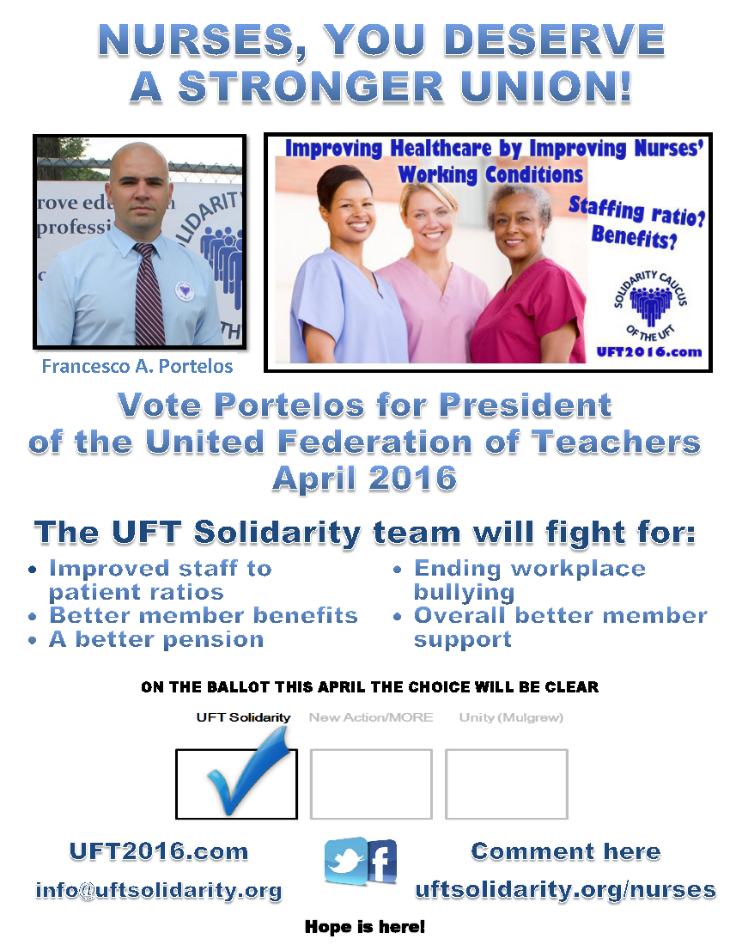