A DOEble Standard in NYC Education- Cases and Allegations

Please remember to hide your Time Card in a safe place to prevent transparency.

No pin required. Just write in the times you want us to believe you worked and the taxpayer will send you a check. Right Principal Hill

It seems that there is a “DOEble Standard” when it comes to investigations, allegations and cases within the Department of Education. It took me some time to figure that out, but when I did I went right into writing F.O.I.L requests and doing my own public citizen investigation. It’s been over 223 days since I was removed and no charges have been brought up against me. It’s kind of hard to draw blood from a rock, but I give them a lot of credit for trying.

Let’s go over some of the cases and allegations that have taken place in my school, Berta Dreyfus IS 49, in Staten Island. My union lawyer, SCI and I all agree that it is a “tangled mess of allegations and investigations”. I have to say though that all my allegations have been backed up with a lot of evidence, and their allegations are pulled out of thin air. I’m very confident that I will pull through all 20+ investigations. I’m like NEO from the Matrix dodging bullets.

First click here for the allegations against me that all started just four days after I made my first allegation and one day after pouring my concerns out to District 31 Superintendent Erminia Claudio. She called me on a Sunday night for 45 minutes. She ended with “You talk to your union and I will talk with Linda.” The next day, my first two disciplinary letters and first three investigations. Must have been some nice pep talk Ms. Claudio. Thank you.

Just four days (including weekend) later. Coincidence Please comment below which one you think warranted my removal. It’s been 310 days since the investigators were called about me.

Now here are the allegations made against the employees that are still in the building with access to money and children.

I know it’s crazy as the allegations against me are comical and the allegations against them are very serious. What was the statement the DOE Press Office made about me when I live streamed two months ago Oh that’s right “Francesco Portelos has been extremely difficult to work with, was transferred twice, and there are multiple investigations pending against him. It’s two months later and they still have not elaborated or have been specific as to what they mean by “extremely difficult” or “multiple investigations“. Has anyone heard of the DOE being so secretive about allegations against a teacher before “Transferred twice” They didn’t mention that the first transfer was on April 26, 2012 to the Petrides Complex in Staten Island and the second transfer was three days later due to false accusations by DOE Top Brass Andrew Gordon, HR Director. He is also currently under investigation by the Office of General Council (Case2012-4638 R-OGC SCI # 3708) See this post allegation in detail here . 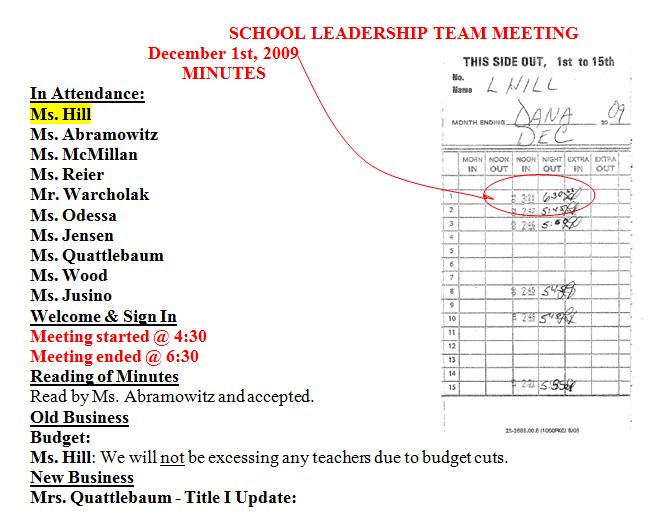 An Assistant Principal had a little drink at an establishment outside of school and said some strange things that were highly inappropriate. Now I can take a joke, but when we had no issues prior to that date and after that date sheinterferedwith my union run as delegate, started calling me “unprofessional”, mocked me in the hallways, brought SCI investigators to my room to confiscate equipment while I was teaching with NO UFTREPRESENTATIONand then performed a 90 minute Gotcha Style Observation after I was absent for four days of jury duty, I had to call the Office of Equal Opportunity. I spoke to the director, Mecca Santana, and replayed all the events to her over the phone. Her response was “It seems after you rebuffed her advances, she might haveharassedyou. Weare going to have to investigate this.” That was March 26, 2012. What happened three days later Oh I was called in by that AP and given my first Unsatisfactory EVER!

I’m still waiting for the findings of the OEO investigation. They told me it was complete, however I found many witnesses were not interviewed. Listen below as the AP contradicts herself in a the post observation meeting. “Students were not answering any of your questions.” 2 minutes later… “They were blurting out the the answers.”

Another Assistant Principal has been known, throughout the school, to be a little too hands on with the students. They have called in complaints before but it has always been turned on them instead. History seems to repeat itself.
Here is a quote from a 2011 article about our school. “School Gone Wild” -NY POST
“Teachers, afraid of retaliation by their supervisors as well as the young ruffians, are voicing desperation in leaked messages to the media.The mayhem-filled middle school is the perfect example of how violence and disorder can escalate when school leaders lose trust among staff and shut out the community.“
When was that again Oh 2011. I had nothing to do with that article, nor any negative article about the school. Who called it in then Just scroll back up to top of this post.
Is that why this video was recorded and then I was removed They succeeded in removing the one person who did not look the other way.
I sent it to some parents to check and see if I was maybe crazy and this was an appropriate way to frisk a child in the hallway. 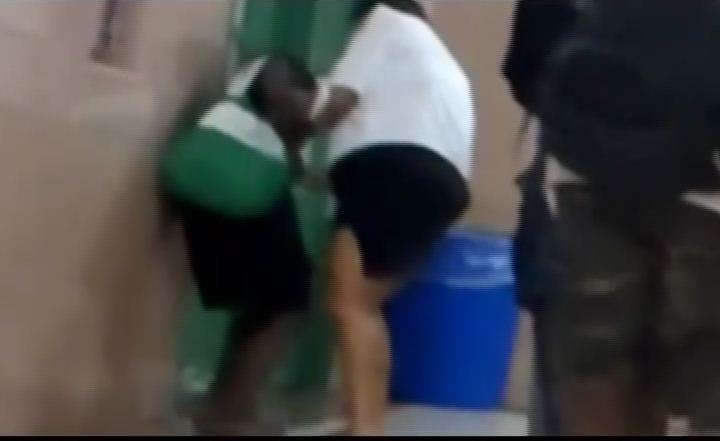 Apparently it is appropriate because every investigative body has seen it and she was never removed. I was even asked by one “What are you The Fashion Police”
Wait, don’t go anywhere…there so much more.
Did you see the first disciplinary letters I ever received Yes, they were from Rich Candia and Susanne Abramowitz. They said I was unruly and cursed in a private January 26, 2012 meeting the three of us had.
Had I lost trust in them at that point Yes. did I believe they had aligned with the Principal because they were involved in State Law violations Yes. Was it me cursing No. Listen below to a clip of me asking to meet with them and sort out our differences. I think that’s calledmediation.

The rest of the many allegations have to do with the principal accepting a $4,000 kickback, an assistant principal sending an 8th grade honors student to a 6th grade ELL class, many School Leadership Team violations, still not addressed to this day, Conflict of Interest by an assistant principal who worked for one of her teachers on the weekend and so many more that I’m just tired of typing….

I’m out. They are in. I’m fighting to get back.

Please help fight these DOEble Standards by sharing this post, my main blog and signing the petition. You can also callChancellorDennis Walcott’s office at 212-374-0200. If he is busy, perhaps Deputy Chancellor David Weiner, in charge of labor relations, may be of service. His number is 212-374-5580