Why Run For President of the UFT in 2016

Let me first start off by saying, that I’m actually not saying I’m the best person for the job. There are 200,000 other UFT members. I’m also not saying that I’m without faults, flaws and always right. This is not my fight, it’s OUR fight.

Here’s what I am saying though:

I’m saying that although my experience as a unionist is relatively short, it’s been highly concentrated. You don’t have to leave this page to find out the obstacles I had to overcome in the last 3+ years while trying to defend my own career and family and that of others who have reached out to me. False arrest, exile, recall attempts, trumped up charges, defamation, over thirty investigations, evidence planted…blah, blah, blah. Has it been the toughest years of my life Yes, but I’m still standing. One of the first things I wrote on this blog was “You can’t break Portelos.”

The thought of running first came as a “It can’t be another three years of Michael Mulgrew and his ed deform policies. The school system will not survive with UFT leadership representing other interests.” (See www.mikemulgrew.com)

As I studied the visible activists out there and asked myself “…but then who” I saw this guy. He’s really smart, knows the contract, but ran before and lost. Could he appeal to the vast amount of voters Could he converse well with other labor organizations, make the tough decisions and deal with the stress of being bashed by the media I don’t know, but he didn’t show interest in running. Perhaps he will still run even though we asked him to run with us.

What about her She too is extremely smart and also ran before. She’s well known, but is she interested in running again Perhaps she is doing the right thing and putting her family first. I’m jealous as I had to put my wife and kids second. Something I’m not proud of, but hope it pays off in the end. :/

How about her She is smart, vocal, fights against testing and even spoke in front of the Senate against high stakes testing. Is she even interested Can she handle the stresses that the job will undoubtedly bring I don’t know, but we have asked her to be our VP of Elementary schools. Let’s see.

What about that guy He’s very loud, but can her play nice with others Something the job would entail.

Here is what I feel comfortable promising:

– I promise to put the interests of the members and schools before my own.

-I promise to continue ignoring the emotion of “fear” as the fight for public education will get nasty and turning and running is not an option.

-As a public school parent myself, I promise to make every effort to have parents stand along side us and be advisors. Parents will be partners. If hundreds of thousands of parents are opting their children from harmful tests, then we will too. We will not be on opposite sides of the line drawn in the sand.

-I promise that I won’t start loving money and be bought out. My history shows that I took a $20,000+ cut in salary to teach in a troubled school. I could also easily convert all my advocacy time into selling real estate, and do quite well, but I don’t.

-I promise to always, always try collaborating first with our employers and politicians before pulling out the force that can be the UFT.

-I promise to build strong and empowered district UFT offices that will be strong support hubs for local school communities.

-I promise that when the union has to make unpopular decisions, we will be as transparent as possible.

-I promise to work on finding the best balance and use of union resources for both trade unionism and social justice issues.

-I promise that we will continue building a strong team, both as an election slate and after winning in our offices and schools.

– I promise to bring democracy back to the UFT. Election of district reps will return.

-I promise that we will not do a clean sweep of current UFT staffers. In fact, many good ones, who support our members, will be asked to stay, while those that have not, will be the first to go.

-I promise we will do everything possible so no member ever feels alone or abandoned by their union.

I’m not promising perfection. I’m just a dad, husband and educator from Staten Island, who rolled up his sleeves when things got dirty, and schools were under attack, and said “Not on my watch!” I’m not going to run the UFT…we are. 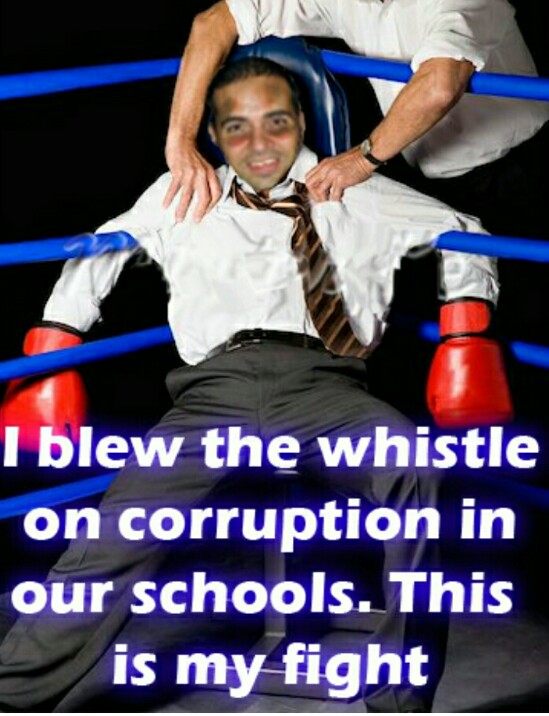 This is "our" fight.

Parent and Educator fighting for the student and the teacher.
View all posts by Francesco Portelos →
Tagged  UFT 2016, UFT President Portelos, UFT Solidarity.
Bookmark the permalink.