Ladies and gentleman my full time job is educating students. You pay taxes that pay my salary. I love that job. However, my second full time job is educating and defending my colleagues and the public. I also love that job. We have big problems though. Major issues where misconduct can go on in our schools and in our union unchecked. No balances. If elected UFT President, I pledge to work on cleaning UFT’s 52 Broadway as much as I do cleaning up DOE’s 52 Chambers St.

You think I’m running for president because I want a $280,000 paycheck I took a $20,000+ cut in salary to teach. I don’t love money and that probably makes me more dangerous. Not “probably,” it definitely does. “Portelos He can’t be leashed. He doesn’t love money.”

This is what you need to know:

The DOE has a $27 billion dollar budget. There is a lot of room for that money to go missing here and there. I certainly wrote enough about how it’s done on this blog. Part of that $27 billiongoes to UFT members in the form of salaries. They in turn pay union dues and some ofit goes for political action (COPE). But then what 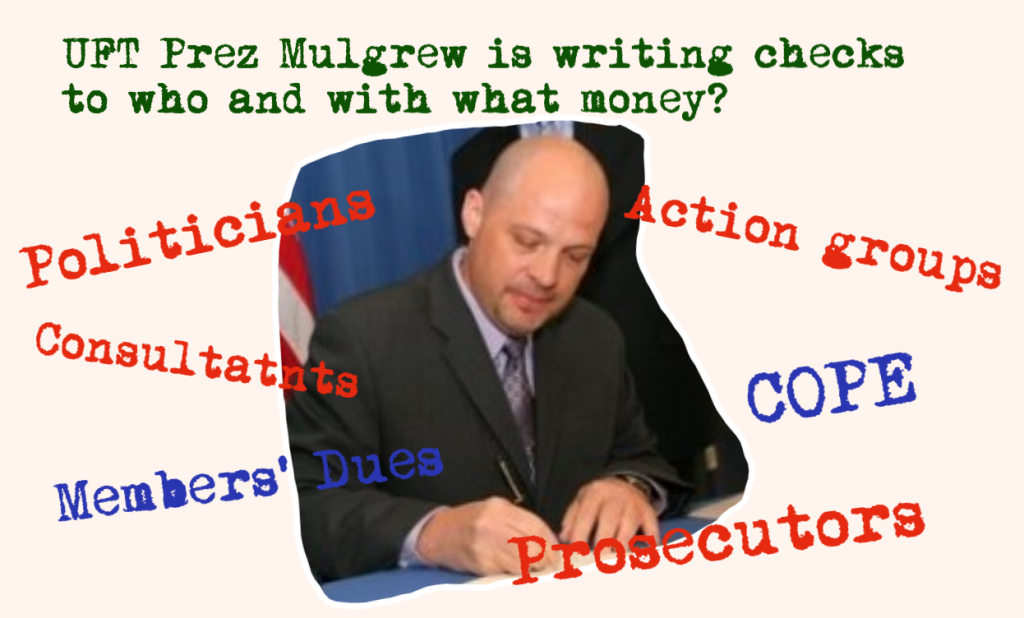 Last week, The Insider broke the news that the United Federation of Teachers’ super PAC had paid more than $370,000 to a fictitious political consulting firm “Strategic Consultants Inc.,which produced mailers touting candidates in races across the five boroughs. ” Which was actually the well-known Manhattan consulting firm the Advance Group. Many of the invoices the agency received from Strategic Consultants have the Advance Group logo on them. The payments listed as going to Strategic Consultants obscured that the Advance Group was being paid both to promote candidates for the United Federation of Teachers’ independent political action committee, United For the Future, and to work as the main campaign consultant for several of those same candidates. In state campaign finance records, however, there is a Manhattan address listed for Strategic Consultants: 39 Broadway, which is also the address of the Advance Group. And in one campaign filing, a suite number is listed: 1740, the suite number of the Advance Group. “It appears from the expenditure report that the UFT took pains to conceal a coordinated effort with a paid consultant for several union-backed candidates,” said Susan Lerner, executive director of Common Cause/NY. “This is a disturbing end-run around the campaign finance laws designed to limit the influence of big-dollar donors on the political process. The Campaign Finance Board should promptly investigate the UFT and the Advance Group to quickly determine whether any violations of the independent expenditure regulations took place and hold the culpable entities accountable.” It’s not clear why the Advance Group would have wanted to have been listed as being paid through Strategic Consultants Inc. instead of collecting checks in its own name. One political insider briefed on the arrangement speculated that it was to avoid scrutiny over the “coordination” issues from the city’s Campaign Finance Board.

Apr 21, 2016 – ‘De Blasio asked me for a donation . … Combined, the committees inPutnam, Ulster, Monroe and Nassau Counties brought in … The Monroe County Democratic Committee received $100,000 on Oct. 23 from the UFT a New York City-based union that presumably has few…

The UFT Coup d’tat Of NYC Election System and Democracy

The UFT was found guilty of sidestepping campaign finance rules, but Manhattan District Attorney Cyrus Vance is not prosecuting I wonder why Some say because we helped him get elected.

Want a peak as to where some of the member’s dues and COPE money go See the 2014 UFT LM-2 finance report. 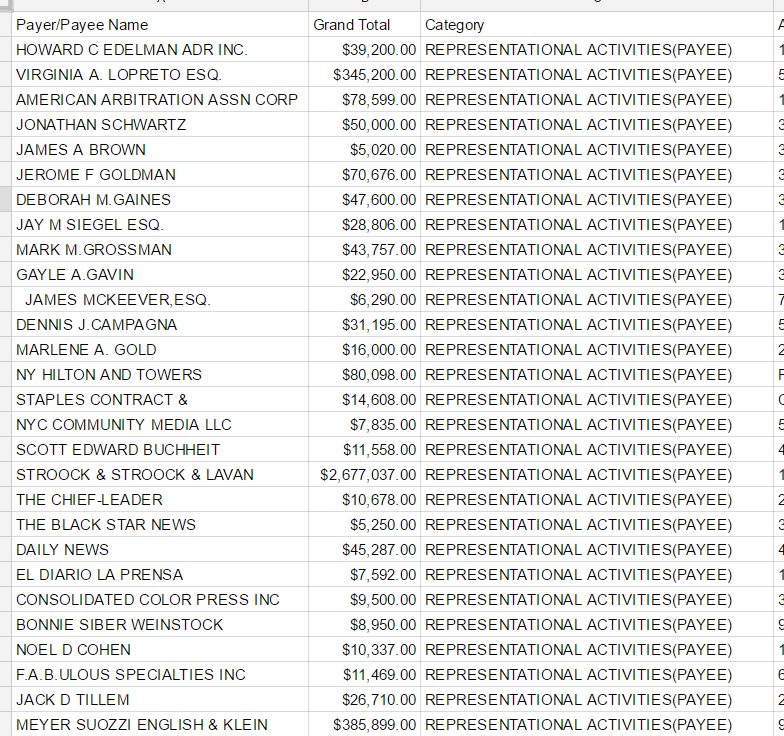 Let’s clean up the UFT. Vote for Solidarity.