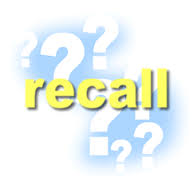 Before I answer that, first some brief history.

As you may know, I’m the UFT Chapter Leader of a school I have not stepped foot in over 545 days. It was no coincidence that I was removed from Berta Dreyfus IS 49 right before the UFT Chapter Leader elections. Remember, my former chapter leader, Dr. Richard Candia, was involved in getting me out before elections. There is plenty of proof as he initiated many of the allegations against me. In fact on his Facebook Wall, I was told he posted “It’s a Beautiful Day” by U2 the day I was reassigned. I retaliated with “Hit Me with Your Best Shot.” by Pat Benatar. Don’t laugh. I was serious.

See an email from Principal Linda Hill to Dr. Richard Candia where she talks about me running just twenty days before I am removed:

From: Linda Hill
Sent: Saturday, March 31, 2012
To: Richard Candia
Subject: RE: Copy of Email portelos sent to staff
Did he send this to you All Union members I don’t for one second think that he is not going to run.
Linda V. Hill
Principal, IS 49
welearnandgrowtogether.com

Can you believe that Add it to my PERB complaint Sure I will.

I found a loophole that allowed me to still run for the UFT Chapter Leader position from the Rubber Room (Educator Exile). I nominated myself so none of my many supporters would get any backlash for doing it. There were three people on the ballot and Dr. Richard Candia was not one of them. I think something about his fiance at the time, Jennifer Wolfson, not allowing him. Who knows I also pushed that I had the right to cast a ballot. DOE Legal (David Brodsky) initially allowed me enter the building to cast a ballot and then quickly leave to go back to my exile, 20 miles and six districts away. However, the night before they had a change of heart and told me I cannot enter the building and instead the ballot box would be brought to me on the sidewalk by three teachers on the election committee. I was also told not to come for that until 7:20am. By then all the teachers would be in the building and wouldn’t see me. Yeah right… DOE Legal was going to tell me when I could stand at a public sidewalk

Instead, on June 13, 2012, I suited up in my best navy blue politician suit and showed up at 6:30am. For an hour I stood outside and greeted and spoke with colleagues I had not see in over 50 days. Kisses and hellos. Handshakes and thumbs up. Some didn’t want to come over, because we were being watched from the windows and instead gave me a smile and a wink. That was enough for me.

Anyway, I cast my ballot and left. A little while later I received a text from one of the other teachers running and she stated that she had dropped out. There were some rumors that I had asked her to drop out and I will say again… THAT NEVER HAPPENED.That left just me and teacher and school treasure Victoria Trombetta. At about 2PM that afternoon I got the call from my district representative telling me “You won“. After work I went and bought a cigar and smoked it outside of my location of exile. I admit I had a Kool-Aid smile for a few days. Texts from friends in school started rolling in when they saw my name on the board. It was a victory for many.I said it before I ran and I say it now, 16 months later…”I am not Chapter Leader for me. I can handle my own. I’m Chapter Leader for you [staff at IS 49]”

Let me speed up the story now. The NY Post and Staten Island Advance picked up my article from my blog and ran their own.
Exiled teacher elected to be union chapter chair at Staten Island’s Dreyfus Intermediate School

Principal Linda Hill appeared to be retaliating against the staff and made them stand in a line to sign out for the rest of June and into September and October of 2012. Imagine 100 staff members signing out one by one AFTER the day is over. 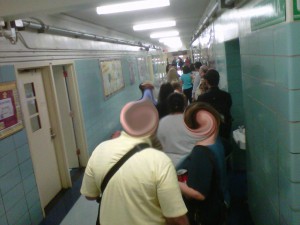 It was tough running a chapter from far away. It was tough, because there was little noise coming from the inside. I ran meetings with a Box of Joe coffee and donuts from my trunk outside and people were afraid to be seen. Why shouldn’t they be There was a teacher who walked into their class and found math teacher Susanne Abramowitz and another teacher, writing down names from the window. There were also teachers who spoke up at internal UFT meetings and were being called into Principal Linda Hill’s office after. Again, Susanne Abramowitz was involved in those cases. “But Mr. Portelos, wasn’t that the teacher who asked UFT President Michael Mulgrew ‘How do we get rid of a horrible, horrible principal’ in front of 100 union members in November 2011” Yes, that is the one. Staff that was there when she said it and I are still in disbelief.

DOE Legal including, but not limited to, David Brodsky, Robin Singer, Robin Merril, Robin Greenfield, Marisol Vazquez,Kerri Crossan and others tried very hard to wedge me and my members apart. I even attempted to do a video conference meeting and Principal Hill intervened and said the members could not use DOE computers to speak with me. So, I spoke to a full room via speakerphone from my house. Again, Principal Hill started making announcements on the PA during the meeting. Poor taste.

There were many violations to our contract, that I found, as I continued my educator exile and role as chapter leader. There were countless texts and calls from staff, BUT not one educator wanted to grieve anything. I submitted many grievances as a chapter leader, but like my district rep told me many times…”You can’t file a grievance unless the member wants to.” You know the saying “You can lead a horse to water, but you can’t make it drink.” I felt like I had a herd of horses and even gave them straws, but nothing. See my post called “The Docile Educator vs the Badass One” It was based on the average educator as a whole, but my very own chapter members were on my mind as I wrote it. My colleagues were also on my mind as I added this quote to my email signature file.

I have had it under my signature file for over a year and will continue to have it until I return to my classroom.

Despite not being able to file personal grievances, I was not, in my mind, ineffective.

That’s just some of what I think I accomplished from being exiled and a chapter leader. However, I feel like a complete failure as a leader. I do not fall into any of theseLeader Quoteswhen it comes to the staff of IS 49 Berta Dreyfus. Especially this one:

So here we are now. Some staff members have made three attempts to recall me in about a year. Two were complete unsuccessful as they were not able to reach the 33% of UFT members to even call for a recall vote. The third attempt began the day after my first day of termination hearing. These slips were placed in everyone’s mailbox on September 13, 2013. I knew if they kept trying they may eventually get people to sign. In fact I urged many of my supporters to sign the petition. They text me “What I’m confused. Are you sure” Yes, because it isn’t secret ballot and it helps them if they are “Against Portelos”.

Last week the UFT District Rep called and told me he had in his possession the third attempt at my recall. He had to verify the numbers and names. I told him I hope he has enough and he responded “I was expecting a twisted answer like that.” or something to that effect.

Anyway tomorrow, Friday October 25, 2013 there will be a full day election held to recall me as UFT Chapter Leader. 66% of the staff has to not only cast a ballot, but also cast a ballot stating they want me out. That means roughly 58 people have to vote “No More Portelos” and I’m out. Now I’m a big believer in democracy and this has not made me upset or worried at all. I never made an attempt to thwart anyone’s vote. I am not Chapter Leader for me.

Here is the kicker. If I get voted out, then there is a nomination period and an election to have a new chapter leader…and I could run again. What’s better than winning once from the Rubber Room Yes…that’s right…winning twice!

The answer is simple. If I see that finally, at least 66% of the current staff at IS 49 spoke out in unity, albeit secret ballot, on something, anything, even my recall and I had some involvement….I consider that a win!