Last fall,UFT Solidarity caucus members met with Association forUnion Democracy founder Herman Benson. We were asking him manyquestions regarding the upcoming UFT elections and he invited us to his home in Queens to speak in person. Herman is 100 years old and has trouble hearing. I attended his 100th birthday celebration,, where unionists across thecountry came to celebrate and honor him. Always eager to listen and help, he wears headphones and we spoke into a microphone while sitting at his kitchen table.

At firstwe did most of the talking. My guesswas that he was feeling us out to see what UFT Solidarity was about.After we explained why we created UFT Solidarity caucus, and what we have been involved in, he began to share his thoughts. He told us he wanted to make sure that we weren’t just another “wacky” opposition group. Apparently, he is well aware of our union’s politics. He wasclose friends with UFT founder Albert Shanker and stated that Albert Shanker had a philosophy. It was that “the only way to get things done is to have an absolute bureaucracy.” We believe that is why and how the Unity caucus operates. Unfortunately, what they want done is not what the majority of members want. For this reason we have to bring change.

We showed Hermanour platform. We spoke several times since then. His job isn’t to have us win, but rather, as his group’s name explains, to have a more democratic union. Something we do not have at the UFT. Everything is run by the UFT Unity group. Working for theunion is nearly impossible if you are not part of President Michael Mulgrew’s Unity caucus. In fact, Unity members who support UFT Solidarity, because they are so frustrated with their own caucus, have to do so in secret. Otherwise they may feel the wrath of UFT Assistant Secretary Leroy Barr and be removed from their paidpositions. We have been hearing that from a growing number of them.

See his write-up below: 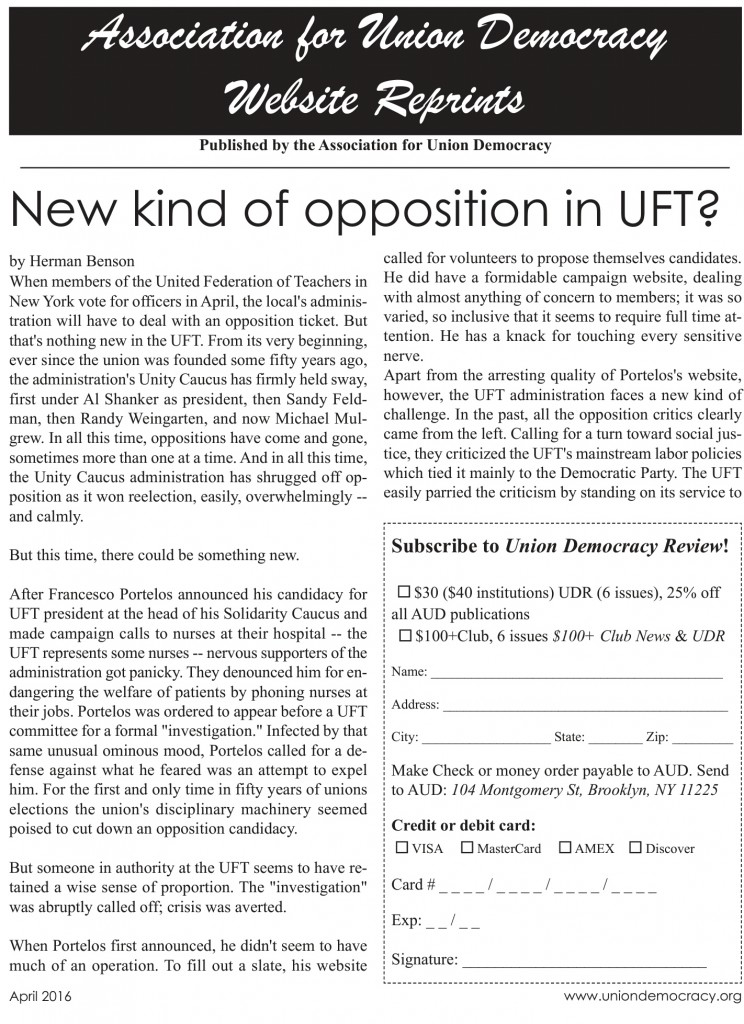 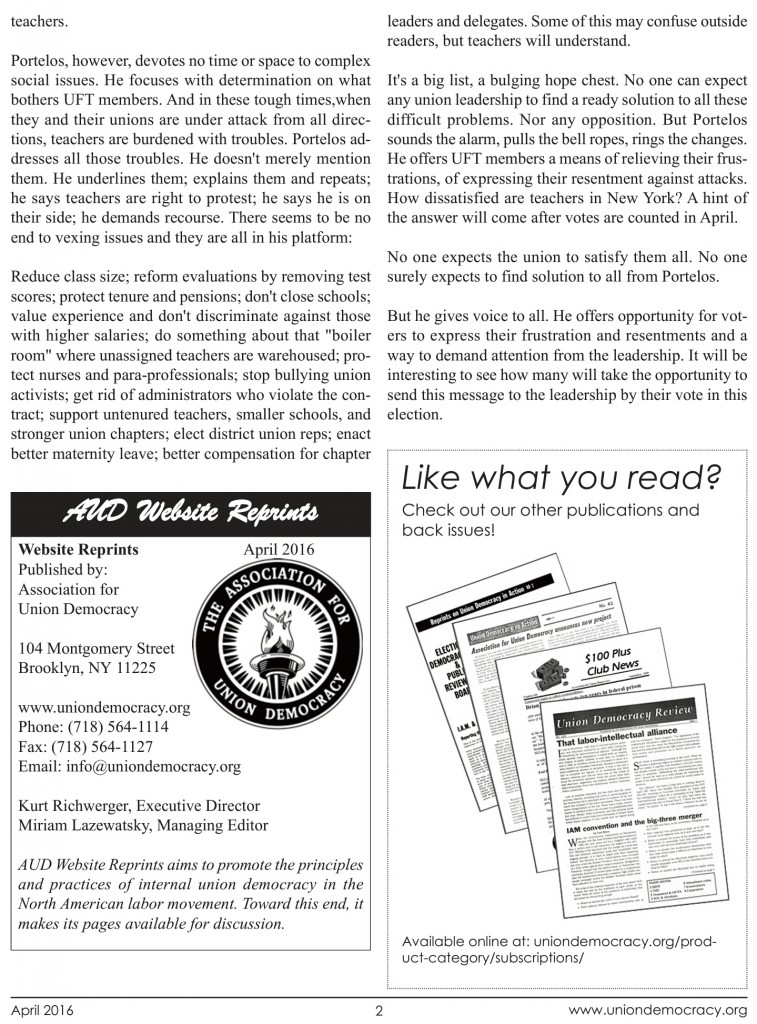