This site was originally created as a private location to gather my files after I was retaliated for speaking up about my school administrator’s misconduct. (Spoiler alert she was found guilty of stealing) District 31 Superintendent Erminia Claudio requested that I meet with her, my UFT representative and Principal Hill on February 14, 2012. To prepare for this meeting, I started compiling tons of thank you emails from my principal, then I thought why don’t I add my satisfactory observations, then I added letters of recommendations and finally briefly wrote a short synopsis of my story as I experienced it. To contrast the positive, I added sudden negative attacks, such as disciplinary letters and negative emails. The site was originally created and kept private from mid February 2012. This was just about after a month of vicious attacks. After investigators, from the Special Commissioner of Investigation, came to my class and house to confiscate computer equipment, on February 28, 2012, I thought to myself “The gloves are off and now it’s my turn. They, whoever they are, want to come at me Fine, but the public will be watching.”  As the months progressed, I found that it wasn’t just I who needed protection, but many educators across the country that I speak to.

On March 7, 2012, I made the site public and it took off. First 300 people, then 800, then 2000….. I never imagined it would get to become a full play by play expose of the inner workings of modern day education. The more “they” pushed….the more I pushed back. I went from defensive to offensive. They want to neglect the education of our students,misappropriate tax dollarsand write blank checks to themselves NOT ON MY WATCH!

5 years later I was able to change the name without losing all the past post and pages. The site is now educatorfightsback.org and I share other fights educators have to endure. 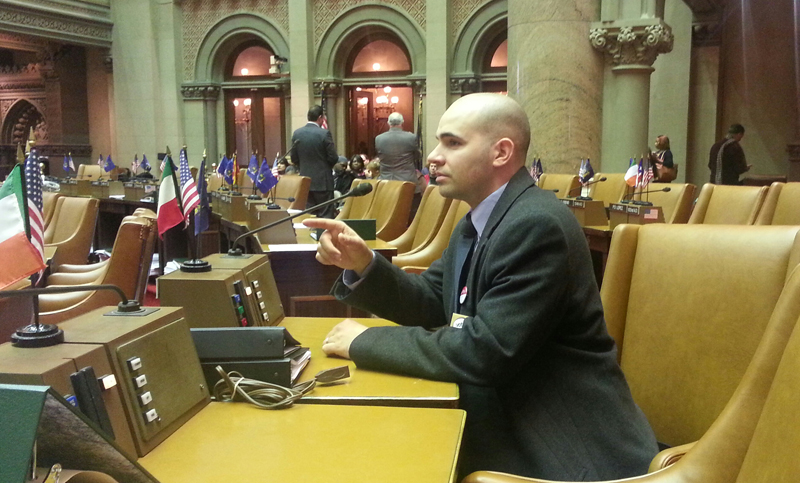 How my last class always ended…